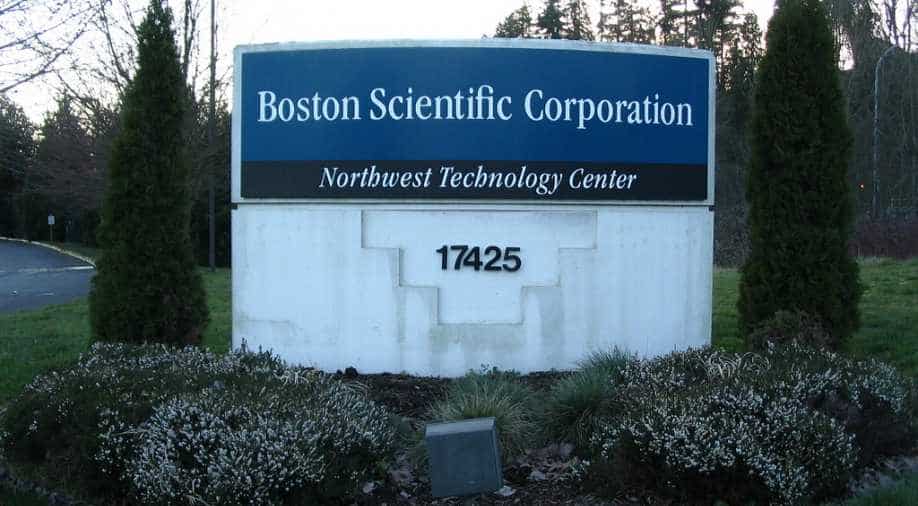 India serves as a research base for Boston Scientific from where it develops products for emerging markets. (Image source: Flickr) Photograph:( Others )

The move was part of an aggressive push by the Modi government to make life-saving drugs and devices more affordable. || ||

Boston Scientific Corp stands to lose millions of dollars on its high-end heart stent in India after a government panel rejected its request to increase a cap on the price that it can charge for the device.

Prime Minister Narendra Modi's government in February slashed prices of drug-releasing stents, small mesh devices used to pop open blocked arteries, by as much as 75 per cent, setting a price cap of 29,600 rupees ($450). The move was part of an aggressive push by the government to make life-saving drugs and devices more affordable.

The panel's rejection comes amid a growing tussle between medical device makers and the Indian government. Industry is worried that price ceilings could be introduced on other medical devices as well, eating into their future profits and growth.

In letters sent to government agencies in March and April, Boston Scientific argued that the cap was much lower than what it cost the company to import the device, called Synergy, and would lead to losses of at least $7 million this year.

The company asked for the price cap to be raised to around 75,000 rupees ($1,160), higher than its cost of 48,877 rupees. It argued that the government had ignored the "exhaustive and persuasive" data which demonstrated Synergy's superiority, according to the letters, which have not been reported previously.

Although India accounts for just a fraction of Boston Scientific's global drug-releasing stent sales of $1.2 billion, the Synergy stent is seen by analysts as one of the key growth drivers for the Marlborough, Massachusetts-based company.

India also serves as a research base for Boston Scientific from where it develops products for emerging markets.

A panel of the country's federal drug pricing authority rejected the request on Monday, saying there was "no major innovation" involved in the stent to warrant a higher price. The final decision will be taken by the federal health ministry.

A Boston Scientific spokeswoman said the company "will continue to engage in a constructive dialogue with the government on the availability of our next generation stents". Public health advocates defend the government's moves, saying the industry charges exorbitant prices for essential, life-saving drugs and medical devices.

Modi's government has already announced price curbs on drugs used to treat critical ailments such as cancer, HIV/AIDS and diabetes.

Before the price order on stents, Boston Scientific's Synergy stent used to cost 195,000 rupees ($3,000) in India, according to the letters.

Denny John, a public health expert at the Campbell Collaboration, said the government should ask Boston Scientific how it could offer to settle for a price cap of around 75,000 rupees for a stent that it used to sell for 195,000 rupees before the government order.

The company did not answer questions about pricing.

Some experts defended the industry. Shamika Ravi, senior fellow at Brookings India, said price caps reduce incentives in the private market for innovation. "Long-term it will bite patients in a much bigger way as it dries competition," Ravi said.

Boston Scientific competes with Abbott and Medtronic in India's $500 million stent market, where about 500,000 such devices were used in 2015. It sold nearly 5,000 Synergy stents in India last year.

"The operations, careers of employees, training and education on the latest techniques for better patient care, new innovations will all be effected in this environment," the company wrote in a March 6 letter to India's drug pricing regulator.

In representations, which add up to nearly 200 pages and include court documents and clinical studies, the company had cited examples of court orders where judges set aside price fixation orders. It told the health ministry that it had the right to avail "other remedies" under Indian laws.