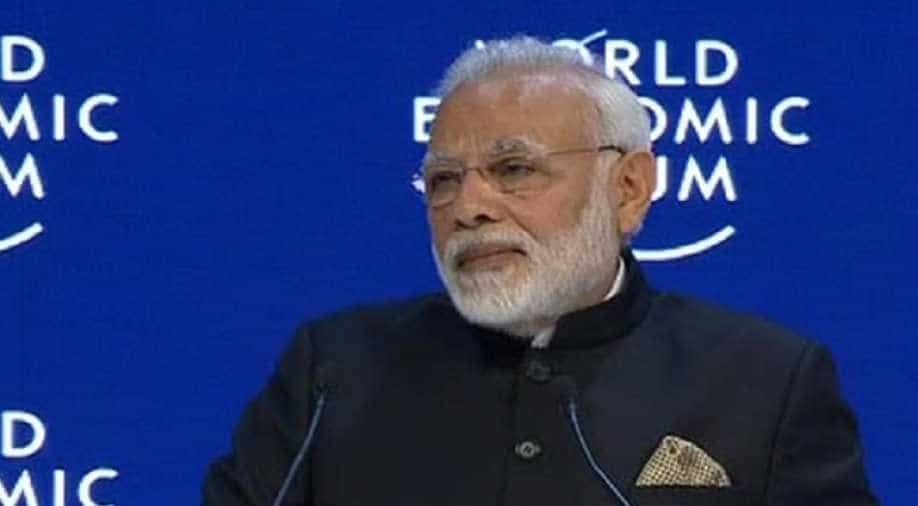 Pitching India as an investment destination at the World Economic Forum in Davos, Prime Minister Narendra Modi on Tuesday told world leaders and global CEOs that the country has replaced the infamous bureaucratic red tape with a red carpet for businesses.

Hard selling India as an investment destination at the WEF, Modi said the government is following the principle of reform, perform and transform.

The world applauds 1.3 bn people of India at the @wef in #Davos appreciating the remarkable transformation in improving the business climate. PM @narendramodi interacting with the top global CEOs at the International Business Council event. #IndiaMeansBusiness pic.twitter.com/AfvfarnKGS

"We have made it easier to invest in India, manufacture in India and work in India. We have decided to uproot licence and permit Raj. We are replacing red tape with red carpet," he added.

Stating that hundreds of reforms have been carried out by the central and state governments, the prime minister said 1,400 archaic laws that were becoming roadblocks in India's growth have been removed and the Goods and Services Tax (GST) has been implemented, among others.

Inclusive development is key to all government programmes, whether it is Jan Dhan Yojana, Beti Bachao Beti Padhao or Direct Benefit Transfer through digital infrastructure, he said.

Speaking in Hindi, PM Modi showcased the ease of doing business in India to world leaders and global CEOs, also calling for countries to unite to tackle what he called the three big challenges that the world faces - "climate change, terrorism and a threat to globalisation with powers of protectionism rising."