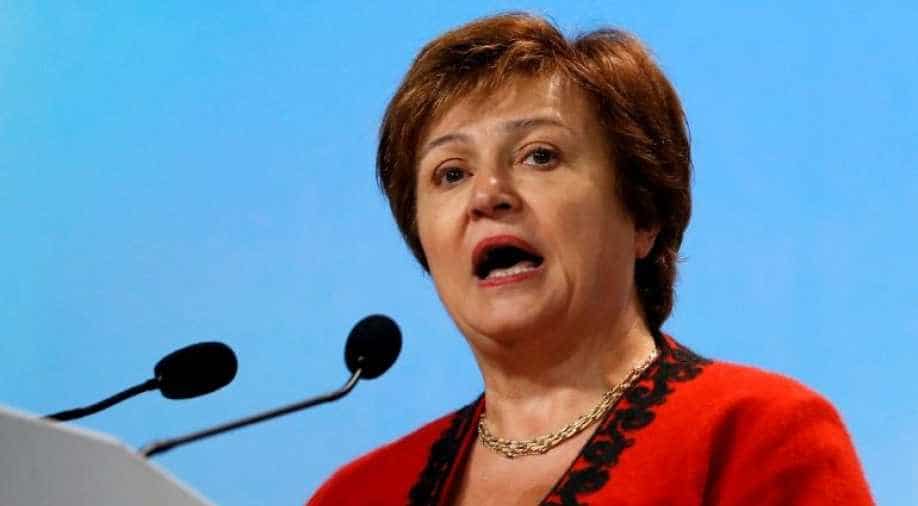 Sharing her thoughts on Thursday on global media roundtable, Georgieva also predicted a comparatively better outlook for India in the upcoming World Economic Update because of the steps taken

IMF chief has praised India for taking "very decisive" steps to tackle the coronavirus pandemic and the "economic consequences" it brought, hoping the country to do more this year to push forward the economy.

"When I called on everybody to stay tuned for January 26, that applies very much to India. You would see a picture in our update that is less bad. Why? Because the country actually has taken very decisive action, very decisive steps to deal with the pandemic and to deal with the economic consequences of it," IMF Managing Director Kristalina Georgieva was quoted as saying by the news agency PTI.

Sharing her thoughts on Thursday on global media roundtable, Georgieva also predicted a comparatively better outlook for India in the upcoming World Economic Update because of the steps taken.

She also praised India for targeted lockdown and said that the mobility indicators in India are nearly in the country what they were pre-Covid-19, highlighting that the country has seen an economic revival "significantly".

"Then India moved to more targeted restrictions and lockdowns. What we see is that that transition, combined with policy support, seems to have worked well. Why? Because if you look at mobility indicators, we are almost where we were before COVID in India, meaning that economic activities have been revitalised quite significantly," the IMF chief said.

She also lauded the government's support on the monetary policy, saying that it was better than the average of emerging markets and urged the administration to do more if possible.

"What the government has done on the monetary policy and the fiscal policy side is commendable. It is actually slightly above the average for emerging markets. Emerging markets on average have provided six per cent of the GDP. In India, this is slightly above that. Good for India is that there is still space to do more….. If you can do more, please do," Georgieva added.