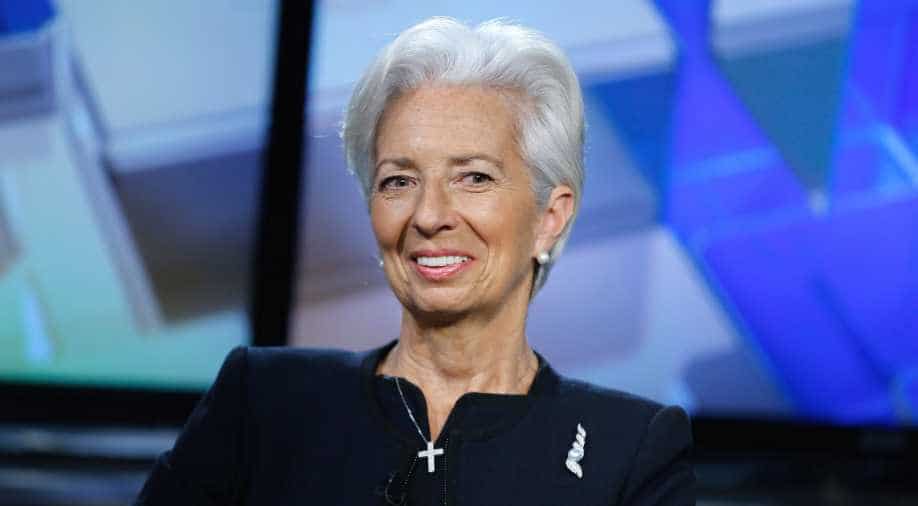 IMF Managing Director Christine Lagarde said that there were 'significant' risks to implementing the program, but that those risks were mitigated by key actions already being taken by the government. Photograph:( Getty )

The International Monetary Fund on Friday approved a three-year, $12 billion loan for Egypt to help the country recover from its economic crisis amid soaring inflation and deficits.

The IMF executive board said it would release $2.75 billion to Egypt immediately, while further disbursements will depend on the country's economic performance and agreed milestones in implementing the reforms.

The program "will help Egypt restore macroeconomic stability and promote inclusive growth," the board said in a statement.

"The authorities recognize that resolute implementation of the policy package under the economic program is essential to restore investor confidence, reduce inflation to single digits, rebuild international reserves, strengthen public finances, and encourage private sector-led growth," she said in a statement.

She said that there were "significant" risks to implementing the program, but that those risks were mitigated by key actions already being taken by the government and "broad political support" for the loan program's goals.

The loan announcement by the global crisis lender comes after Cairo took crucial preliminary reform steps in recent weeks to meet IMF requirements, including cutting fuel subsidies, announcement of a value added tax, and floating the Egyptian pound, which subsequently lost 45 per cent of its value against the US dollar.

Egypt is reeling after six years of political and economic turmoil involving the ousters of two presidents. Police had to put down some small protests Friday against rising prices, and analysts warn the government will continue to face challenges.

Cairo governments had avoided implementing the economic reforms for years fearing unrest, but President Abdel Fattah al-Sisi said Egypt no longer has the luxury of postponing them.

The IMF said Egypt's economic program will be subject to five reviews over the life of the loan. The reviews are traditionally held every quarter, after which another tranche of the loan is released.

The IMF last month forecast the country's economy will grow 3.8 per cent this year and 4 per cent next year, but inflation is approaching 14 per cent and was expected to surge above 18 per cent in 2017. This is amid a budget deficit of 12 per cent.

The loan approval came hours after Standard and Poor's announced it was upgrading the outlook on Egyptian sovereign debt to stable from negative, while keeping the rating at B-.

However, S&P cautioned that floating the currency will increase inflation in the short term and "subsidy cuts on top of recent interest rate hikes will weigh on domestic consumption and may raise social tensions."

The IMF is fully aware of the potential for unrest, and has said repeatedly that social protection measures in the Egypt loan deal "are a cornerstone of the program, not an add-on or afterthought," and include providing for increases in food subsidies even while advocating budget cuts.

"Even if the IMF has changed and is no longer imposing the same austerity measures, the reality in the ground is that it's a very difficult agreement to implement," Bessma Momani, expert on the Arab world at the Centre for International Governance Innovation, told AFP.

Loans from Saudi Arabia and China will help Egypt gather the $5-$6 billion in additional financing required to complement the IMF loan.