Huawei founder says growth 'may slow, but only slightly' after US restrictions 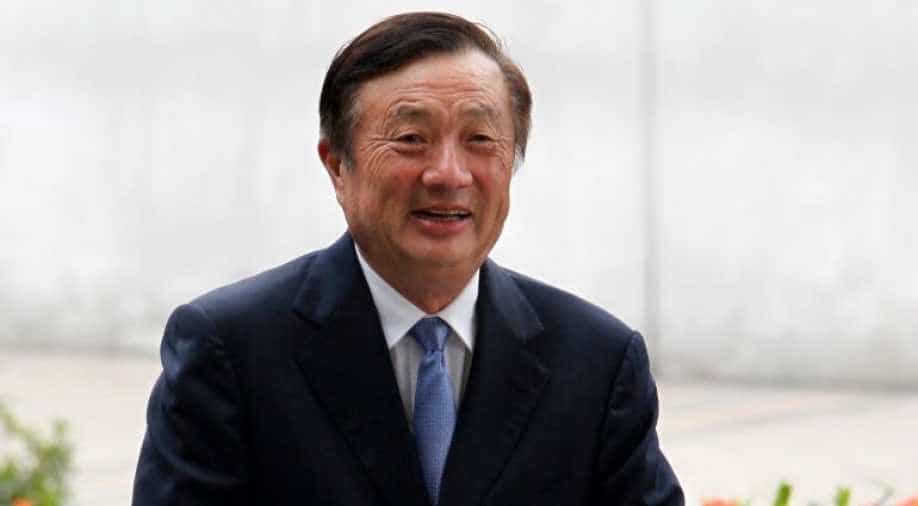 In remarks to the Japanese press and reported by Nikkei Asian Review, Ren reiterated that the Chinese telecom equipment maker has not violated any law.

Huawei Technologies' founder and chief executive Ren Zhengfei said on Saturday the growth of the Chinese tech giant "may slow, but only slightly" due to recent US restrictions.

In remarks to the Japanese press and reported by Nikkei Asian Review, Ren reiterated that the Chinese telecom equipment maker has not violated any law.

"It is expected that Huawei's growth may slow, but only slightly," Ren told Japanese media in his first official comments after the US restrictions, adding that the company's annual revenue growth may undershoot 20%.

On Thursday, Washington put Huawei, one of China's biggest and most successful companies, on a trade blacklist that could make it extremely difficult for Huawei to do business with US companies, a decision slammed by China, which said it will take steps to protect its companies.

The developments surrounding Huawei come at a time of trade tensions between Washington and Beijing and amid concerns from the United States that Huawei's smartphones and network equipment could be used by China to spy on Americans, allegations the company has repeatedly denied.

A similar US ban on China's ZTE Corp had almost crippled business for the smaller Huawei rival early last year before the curb was lifted.

The US Commerce Department said on Friday it may soon scale back restrictions on Huawei.

Ren said the company was prepared for such a step and that Huawei would be "fine" even if US smartphone chipmaker Qualcomm Inc and other American suppliers would not sell chips to the company.

Huawei's chip arm HiSilicon said on Friday it has long been prepared for the scenario that it could be banned from purchasing US chips and technology and is able to ensure a steady supply of most products.

The Huawei founder said that the company will not be taking instructions from the US government.

"We will not change our management at the request of the US or accept monitoring, as ZTE has done," he said.

In January, US prosecutors unsealed an indictment accusing the Chinese company of engaging in bank fraud to obtain embargoed US goods and services in Iran and to move money out of the country via the international banking system.

Ren's daughter, Huawei Chief Financial Officer Meng Wanzhou, was arrested in Canada in December in connection with the indictment. Meng, who was released on bail, remains in Vancouver and is fighting extradition. She has maintained her innocence.

Ren has previously said his daughter's arrest was politically motivated.