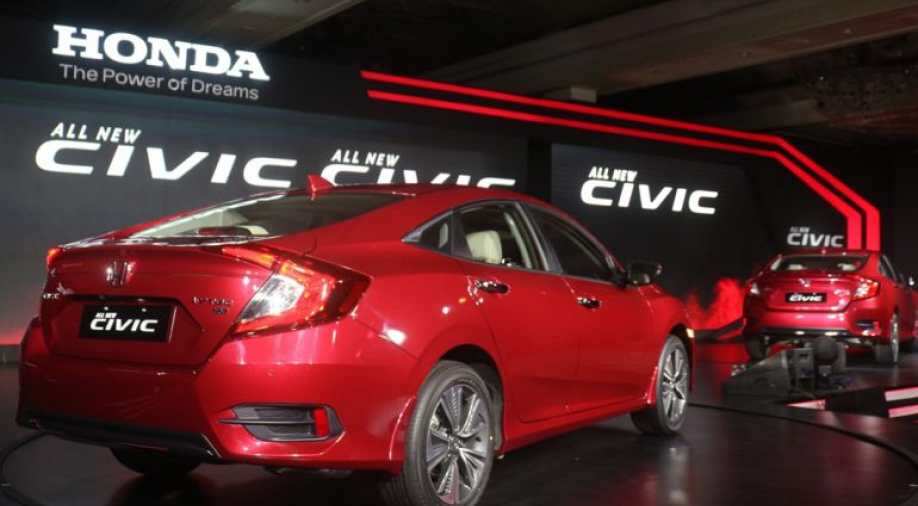 The company has completed its sedan line-up with the launch of the latest version of its Civic sedan.

The company has completed its sedan line-up with the launch of the latest version. Here's taking a look at some of the key specifications of the brand-new Civic:

- The all-new Civic comes with both petrol and diesel fuel options. The petrol versions will come with a 1.8-litre engine mated with a CVT (automatic) transmission.

- The diesel trims will come with a 1.6-litre engine mated to a manual six-speed transmission.

Honda had discontinued the Civic sedan in India in 2013 after selling around 55,000 units since its launch in 2006. The company currently has sedans -- Amaze, City and Accord -- catering to various customers across different price points.

Honda Cars India Ltd (HCIL) President and Chief Executive Officer Gaku Nakanishi said that the automobile giant will now look towards establishing a complete range of SUVs under the brand, adding that the company, as of now, has no plans to fill up the hatchback segment.

Like the sedans, he said, "We also want to have a complete range of SUV. We know there are gaps in our SUV portfolio which we are working to fill."

Nakanishi, however, did not elaborate when and how many SUVs would be launched in India. The company currently sells compact SUV W-RV, mid-sized B-RV and top end C-RV.

The Amaze will continue to be the company's entry-level model, he said adding that "the volumes that we lose out from not having Brio will be made up by sales from models such as the Amaze, Civic and others that we have in our portfolio".