Gold eases ahead of US jobs data, but eyes 6th weekly gain 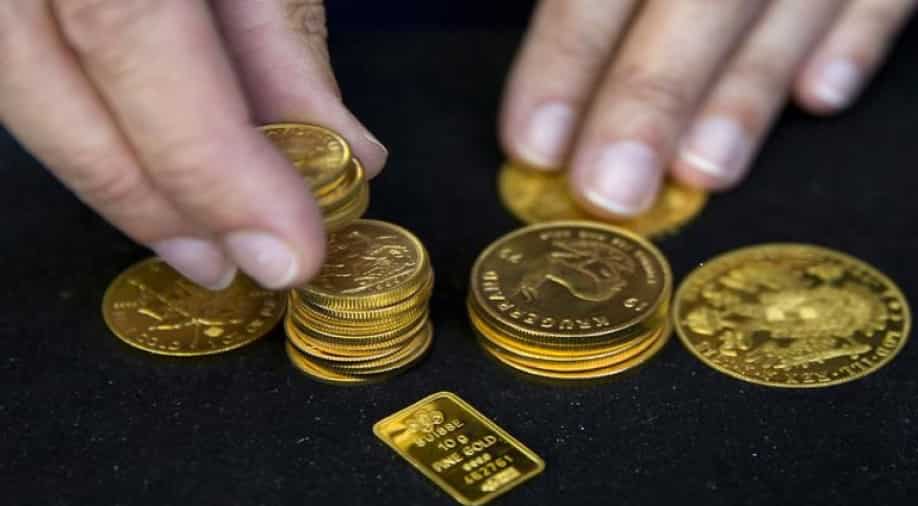 Gold is sensitive to higher rates, which lift the opportunity cost of holding non-yielding assets such as bullion, while boosting the dollar, in which it is priced. Photograph:( Reuters )

Follow Us
Gold edged down on Friday as investors turned cautious ahead of US jobs data later in the day, but the precious metal remained on course for a sixth consecutive weekly gain.

"We have seen some slight correction in gold prices from yesterday. Prices have come up quite a lot. It was long time since many of them decided to take profits," said Brian Lan, managing director at Singapore-based gold dealer GoldSilver Central.

Ahead of the closely watched US non-farm payrolls report, data published on Thursday suggested a rebound in job growth after May's paltry gains.

"A very strong jobs figure will trigger some short term pain for gold, however, the underlying uptrend should prevail in the medium term," MKS Group trader James Gardiner wrote in a note.

But any weakness in hiring could be an indication that the US Federal Reserve may not raise interest rates anytime soon amid the economic uncertainty following the Brexit vote, analysts said.

Gold is sensitive to higher rates, which lift the opportunity cost of holding non-yielding assets such as bullion, while boosting the dollar, in which it is priced.

Investors poured the most money into US-based funds invested in precious metals since February, adding $2 billion to in the latest week, data from Thomson Reuters' Lipper service showed on Thursday.

Technical analysts at ScotiaMocatta said pegged support for gold at $1,346 and resistance at $1,375.30, with the RSI (relative strength index) currently showing the yellow metal to be slightly in overbought territory and added that profit-taking may emerge in the short-term.

SPDR Gold Trust, the world's largest gold-backed exchange-traded fund, said its holdings fell 0.42 per cent to 978.29 tonnes on Thursday from 982.44 tonnes on Wednesday.