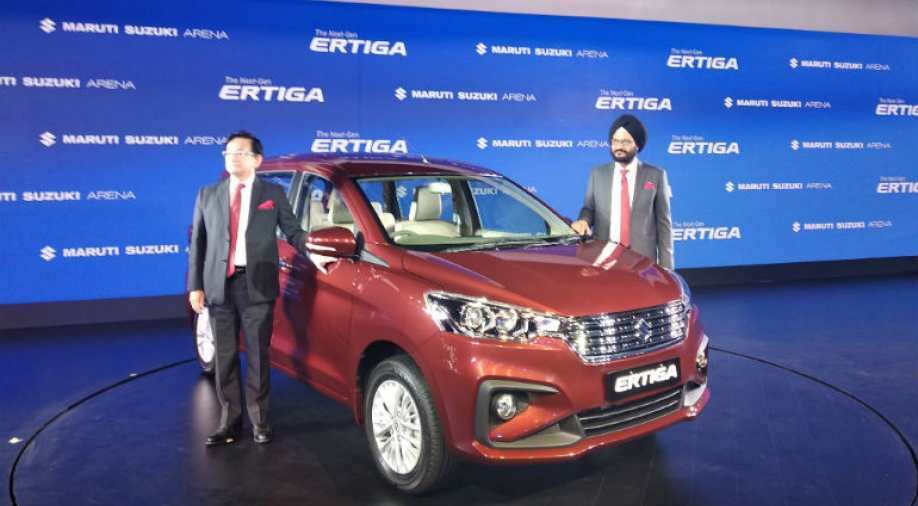 The most notable change, however, may well be under the hood with the new Ertiga getting the same petrol option that was seen in the new Ciaz launched earlier this year.

Six years since its first launch, the Ertiga has been quite the favourite among Indian car buyers - playing a major role in Maruti Suzuki’s annual sales figures. The country's largest automaker, with an eye on boosting the numbers, has now launched the 2018 edition of the seven-seater at a starting price of Rs 7.44 lakh (ex-showroom).

The 2018 edition of Ertiga gets a price hike over the outgoing model but there are several new additions which seek to justify this. For starters, the car - although similar in terms of the overall silhouette – looks a lot more contemporary than the outgoing model. This is courtesy its double-barrel headlamps, chrome grille, 20-spoke alloys and waterfall-themed taillights on the outside. On the inside, the car now gets a floating infotainment screen, flat-bottomed steering wheel and promises to have more space for passengers.

Space is key in an MPV and Maruti designers say special attention was given to this aspect of the car. The new Ertiga is 99mm longer and 40mm wider  than the older version and although the wheelbase remains the same at 2740mm, there is more space in the third row where the seats can now be individually reclined. It may still not be the best place to stretch out but it can be adequate for adults for short drives and more than enough for kids on drives of any duration. The boot space too sees a bump up to 153 litres from 135 litres in the older version.

The most notable change, however, may well be under the hood with the new Ertiga getting the same petrol option that was seen in the new Ciaz launched earlier this year.  The 1.4-litre unit has been replaced with a 1.5-litre motor with mild-hybrid SHVS system. The company says that the car now has peak power stats of 105Ps and peak torque of 138Nm but that it does not affect fuel efficiency. The ARAI-approved figures stand at 19.34kmpl (petrol manual) and 18.69kmpl (petrol automatic).

For patrons of diesel, there is not much happening in terms of the engine with the same DDis 200, 1.3-litre turbocharged unit with SHVS mild hybrid system being carried forward. The fuel efficiency figures reportedly see a minor bump up to 25.47kmpl.

On the safety front, the car gets ABS with EBD, dual airbags, Electronic Stability Program (ESP) and Hill Hold Assist. The company says 35 crash tests from different sides was performed on the car to ensure it complies with Indian safety regulations.

The new Ertiga may still not have a direct rival in the MPV segment - at its price bracket. But the launch of Mahindra Marazzo and the ever-growing popularity of five-seater compact SUVs will remain a factor that could define how much success Maruti’s new car achieves.