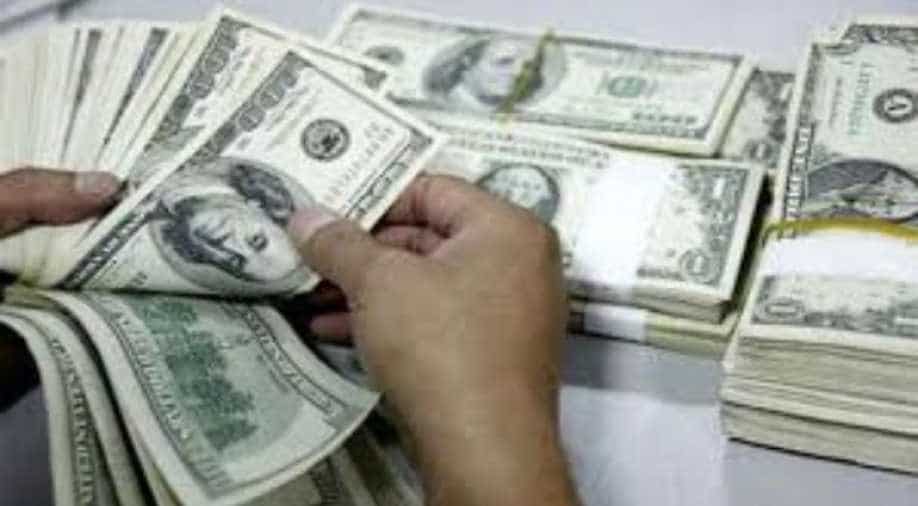 The dollar rose on Wednesday and trade-exposed currencies fell after the US president threatened a trade war escalation and China condemned a US senate measure backing pro-democracy protesters in Hong Kong.

The dollar rose on Wednesday and trade-exposed currencies fell after the US president threatened a trade war escalation and China condemned a US senate measure backing pro-democracy protesters in Hong Kong.

China condemned the US legislation aimed at protecting human rights in Hong Kong, saying that the US should stop interfering.

After four days of falling, the dollar was up 0.1 per cent against both the euro and a basket of currencies.

"Today the main focus is the trade talks between China and the US and we are seeing risk aversion," said Piotr Matys, currency strategist at Rabobank.

Matys said that the US senate's bill in support of Hong Kong could complicate progress towards a preliminary trade deal.

Markets had hoped that a partial trade deal to end the 16-month US-China trade war could be signed at a summit in Chile, which was scheduled for mid-November. The summit was cancelled, leaving the outlook for a deal unclear.

Adam Cole, chief currency strategist at RBC Capital Markets said that a preliminary "phase one" trade deal could be reached by the end of the year.

"The prospect of a broader more all-encompassing deal will drag on well into next year," he added.

"The market is worrying (about) this sort of exogenous shock to the process by the build-up of tension in Hong Kong - I ultimately doubt that either side will allow that to delay the process," Cole said.

The Canadian dollar fell against the US dollar to its lowest since October 11 after a speech by the Bank of Canada's senior deputy governor boosted the perceived likelihood of a rate cut.

Trade-exposed currencies took a hit from the worsening US-China relations. The Australian and New Zealand dollars were both down 0.4 per cent versus the US dollar.

Demand for safe-have currencies was relatively unchanged, with the Japanese yen up around 0.1 per cent against the dollar and the Swiss franc flat around 0.9905.

Minutes from the US federal reserve's FOMC meeting in October are due at 19.00 GMT. Analysts expect little impact.