Despite Auto sector slowdown, Lamborghini sales up by 16% in India; Over 50% sales from Southern states 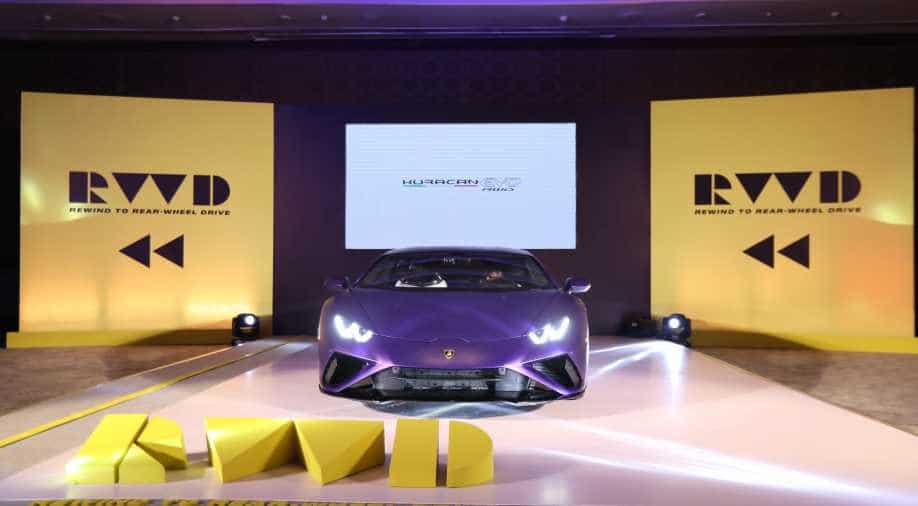 The Huracan EVO RWD is a Rear-wheel drive(RWD) variant as opposed to the earlier versions that offered 4 wheel drive(4WD). Photograph:( WION )

The brand’s latest offering - Huracan EVO RWD was unveiled in Chennai at a time when the Italian carmaker considers the five Southern Indian states its largest market in India, as more than 50 per cent of their sales are from here.

While the automobile and allied sectors in India have been going through a rough patch over the last year, Italian supercar maker Lamborghini’s sales have been growing at nearly 16 per cent in India, said Sharad Agarwal, the India Head of Lamborghini.

This growth is against the 18-20 per cent slowdown in the super luxury segment to which the brand belongs.

The brand’s latest offering - Huracan EVO RWD was unveiled in Chennai at a time when the Italian carmaker considers the five Southern Indian states its largest market in India, as more than 50 per cent of their sales are from here. “Lamborghini had sold 45 cars in India in 2018, while the number increased to 52 in 2019, thus taking the Lamborghini fleet in India to over 250. While a majority of Indian users are in the age bracket of 25-45, we also have 60-year olds who drive Lamborghinis. There has been an increase in the women users over the last few years and we expect this segment to grow” Sharad told WION.

The brand claims that RWD takes the driver into the past, by increasing the bond between driver and machine, with less intervention from technology. The RWD system is said to be designed for purists, allows the driver to take full control of the experience and performance under dry, wet or snowy conditions. “As each car is designed for a certain set of users, it has its own capabilities. Certain models of ours use technology to assist the driver to get maximum performance, best lap speeds etc. But the EVO RWD is aimed at pure driving emotions for those who want to enjoy the experience with their own capability and driving skill” Agarwal said.

Given the spurt in the number of makers offering E-vehicles, Lamborghini doesn’t seem to be joining the bandwagon anytime soon, save for the future mobility concept that was displayed in 2017. ”We believe that tech in EV space is not evolved to provide the driving Dynamics and emotions that Lamborghinis are known for. We still see it(Electric sports car) some time away, as the technology is evolving and there remains a challenge whether electric can provide the same performance” Sharad added.

While the brand sees a growth of 16% in India for 2019 and expect to sell more than 50 cars this year, the Indian market only contributes 1% to the brand’s global business. However, the brand also claims to see growing demand from tier 1 and 2 cities such as Coimbatore, Madurai, Salem, Calicut, Cochin, Guwahati, Ludhiana and Chandigarh among others.

Priced at Rs. 3.22cr ex-showroom pan-India, the Huracan EVO RWD is available in 300 color options and takes 6 months and above(depending on customizations) to be delivered to the customer.