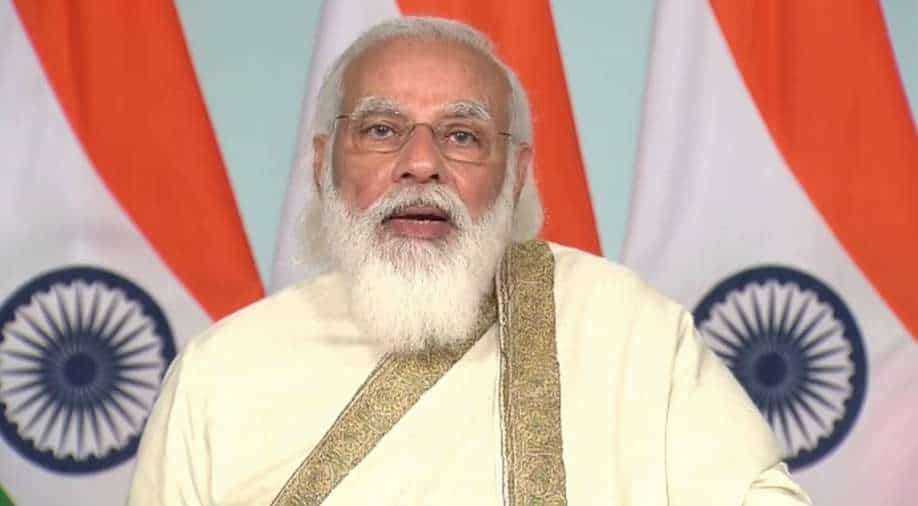 The 351 kilometres long stretch of New Bhaupur-New Khurja is located in the state of UP and has been built at a cost of Rs 5,750 crore.

The 351 kilometres long stretch of New Bhaupur-New Khurja is located in the state of UP and has been built at a cost of Rs 5,750 crore.

Speaking on the occasion, Modi said, "After Independence we are witnessing the inauguration of the most advanced rail section in the country. The first goods train that will run on the New Bhaupur-Khurja section will give a message of the new `Aatmanirbhar Bharat` (self-reliant India) and the new operation control centre in Prayagraj is one of the best control centres in the world."

"The Operation Control Center in Prayagraj is also a symbol of the new power of the new India. Anyone will be proud as the management and data technology used in the control centre has been prepared in India," he said.

The EDFC section of New Bhaupur-New Khurja will benefit local industries like the aluminium industry in Pukhrayan region of Kanpur Dehat, glassware industry of Firozabad, asafoetida production of Hathras, textile production and block printing of Etawah, dairy sector of Auraiya, pottery products of Khurja, as well as locks and hardware of Aligarh district.

The section will also decongest the existing Kanpur-Delhi mainline and will enable the Indian Railways to run faster trains.

Noting that a state-of-the-art Operation Control Centre at Prayagraj will act as the command centre for the entire route length of the EDFC, they said this is one of the largest structures of its type globally with modern interiors, ergonomic design and best-in-class acoustics.