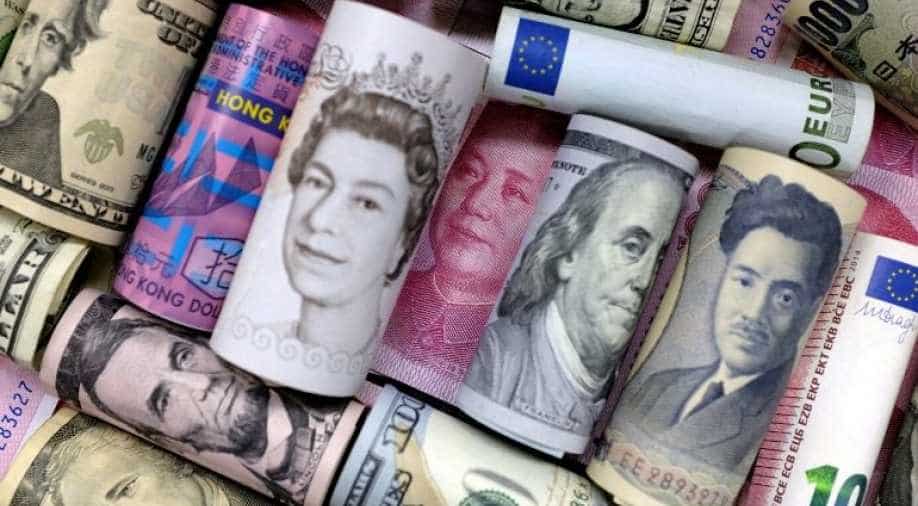 China is pushing US President Donald Trump to remove more tariffs imposed in September as part of a "phase one" US-China trade deal, which is expected to be signed later this month.

China's offshore yuan surged past 7 per dollar to four-month highs on Tuesday, benefiting from signs Beijing and Washington are approaching a trade deal and also from the Chinese central bank's decision to trim lending rates by only 5 basis points.

Optimism over trade also boosted other trade-reliant currencies, such as the Australian and New Zealand dollars, which rose as much as half a per cent.

China is pushing US President Donald Trump to remove more tariffs imposed in September as part of a "phase one" US-China trade deal, which is expected to be signed later this month, people familiar with the negotiations said.

The yuan jumped 0.6 per cent to the highest since August 5 at 6.9930. The onshore yuan also posted its strongest close since August 2.

The currency held its gains even after China's central bank cut its one-year medium-term lending facility (MLF) rate for the first time since early 2016, though it opted for a 5 bps cut that Commerzbank called "tiny".

"It might be fair to say the PBoC only fine-tuned its monetary policy stance ... Typically, a rate cut will bring depreciation pressure to the currency," Commerzbank told clients, adding the trade optimism was the main factor driving the yuan above the 7 mark.

China and the US have imposed tariffs on each other's goods in a trade war that has dragged on for 16 months and raised the spectre of a global recession. Resolving the row would boost riskier assets, ease concern about the economic outlook and reduce the need for aggressive monetary easing.

The US dollar was flat against a basket of currencies in early London trading but advanced around a quarter per cent against the safe-haven yen and Swiss franc.

Kit Juckes, head of FX strategy at Société Générale, said the agreement would probably mark a truce rather than peace but added that "the chance of getting a first-stage deal seems to be quite good."

The optimism spilt over into other currencies, with the Australian dollar not far off three-month highs. It wasn't much moved after the central bank left monetary policy unchanged, as expected. The kiwi dollar rose 0.3 per cent.

The Norwegian and Swedish crowns also rose versus both the dollar and euro.

The euro was flat against the dollar. It rose 0.26 percent versus the yen.

Jukes said the euro would be one of the last currencies to benefit from improved risk sentiment, noting that Monday's data showing Polish manufacturing activity in its sharpest downturn in 10 years had taken the wind out of the euro's sails.

Central European states such as Poland are a key market and investment destination for eurozone companies.