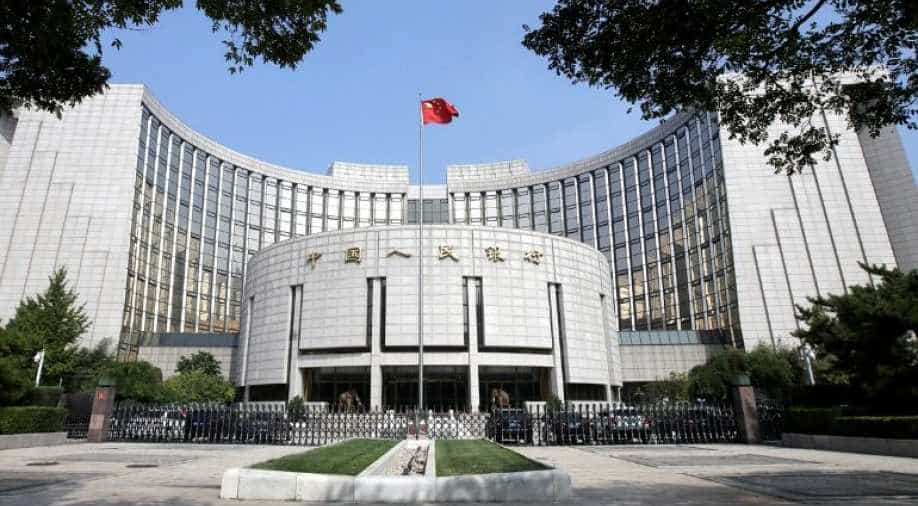 The People's Bank of China (PBOC) said on its website that it was lowering the seven-day reverse repurchase rate to 2.50 per cent from 2.55 per cent

China's central bank unexpectedly trimmed a key interbank lending rate on Monday, the first easing in the liquidity tool in more than four years and a signal to markets that policymakers are ready to act to prop up slowing growth.

The People's Bank of China (PBOC) said on its website that it was lowering the seven-day reverse repurchase rate to 2.50 per cent from 2.55 per cent.

The move cheered China's bond market and comes just two weeks after the PBOC cut the borrowing cost on its medium-term lending facility (MLF) loans by the same margin.

Analysts say the unexpected cut on Monday shows the central bank is keen to ease investor worries that higher inflation will prevent it from delivering fresh stimulus measures.

Zhou Hao, an economist at Commerzbank in Singapore said the reverse repo rate cut indicates a policy change in coming months, including "some fine-tuning to prioritise the pro-growth policy for the time being."

Driven by soaring pork prices from the spread of African Swine Fever, China's consumer inflation rose past the government's target of around 3 per cent in October to its fastest pace in almost eight years, posing a dilemma for the PBOC.

"I expected an easing move from the PBOC, just didn't know when," said a Hong Kong-based portfolio manager. "The (high) Consumer Price Index (CPI) was only pigging CPI. Everything else is in big trouble."

He noted that the central bank continues to take a cautious approach to ease. In a report released Saturday, the PBOC said it would maintain a prudent monetary policy to prevent inflation from spreading.

The PBOC will announce its monthly LPR fixing on Wednesday. The rate on the one-year fixing now stands at 4.2 per cent while the five-year is at 4.85 per cent.

The rate cut bolstered the bond market on Monday morning, with China's benchmark 10-year treasury futures for December delivery were up more than 0.4 per cent.

The PBOC has skipped reverse repo operations for 15 straight trading days before the resumption on Monday when it injected 180 billion yuan ($25.74 billion) into the interbank market.