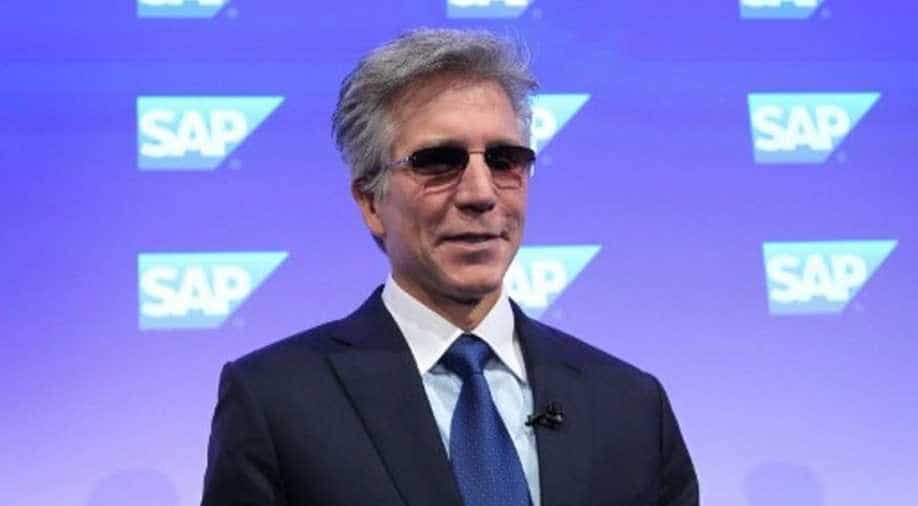 McDermott has decided not to renew his contract and is stepping down from his position,' SAP said in a statement.

McDermott "has decided not to renew his contract and is stepping down from his position," SAP said in a statement, adding that he will be replaced by board members Jennifer Morgan and Christian Klein as co-chief executives.

The company did not give a reason for the longtime chief's sudden departure.

"Every CEO dreams of handing an exceptionally strong company to its next-generation... now we start the next chapter," McDermott tweeted.

SAP said the veteran executive "will remain in an advisory capacity until the end of the year to ensure a smooth transition".

His contract had originally been slated to run until 2021.

"SAP would not be what it is today without Bill McDermott," supervisory board chairman Hasso Plattner said.

He singled out for praise SAP's transition from selling traditional software licenses to subscriptions to cloud computing services, "which will fuel our growth for many years to come".

A member of the DAX blue-chip index on the Frankfurt stock market, SAP boasts a market capitalisation of almost $143 billion.

In third-quarter results released ahead of schedule Friday, the group reported 13 per cent year-on-year growth in revenue, to 6.8 billion euros.