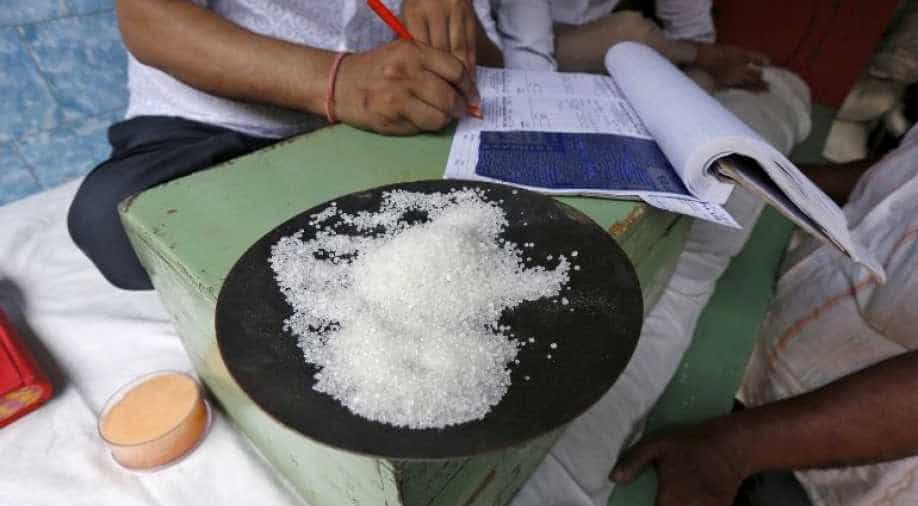 A sample of sugar crystals are seen on the desk of a trader at a wholesale market in Kolkata. Photograph:( Reuters )

The increase in customs duty on wall fans was increased from 7.5 per cent to twenty per cent. The duty on tableware and kitchenware made of porcelain, copper, steel, clay iron was doubled to 20 per cent.

"This is another bold move, which will further make India an attractive destination for investment," Sitharaman said.

"In order to increase the attractiveness of the Indian equity market and to provide relief to a large class of investors, I propose to remove the DDT and adopt the classical system of dividend taxation under which the companies would not be required to pay DDT," India's finance miniser added.

"Further, in order to remove the cascading effect, I also propose to allow deduction for the dividend received by holding company from its subsidiary. The removal of DDT will lead to estimated annual revenue forgone of Rs 25,000 crore," the minister said.