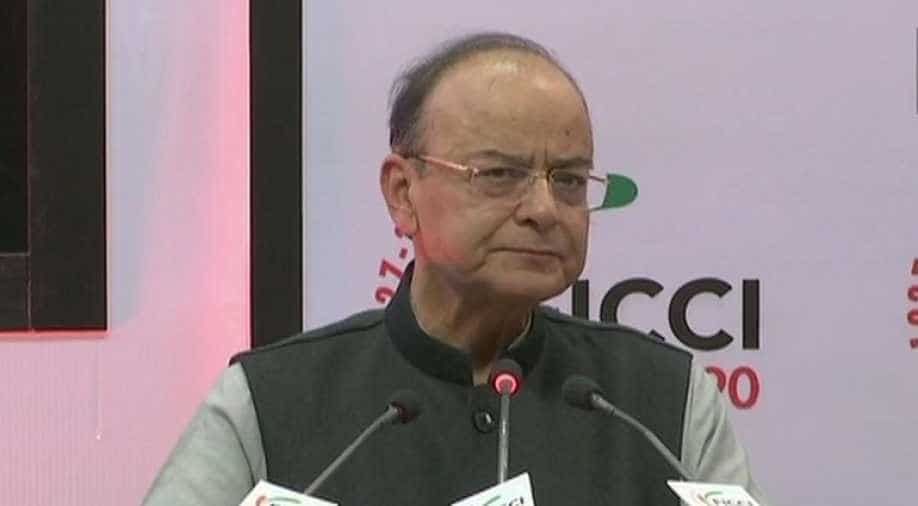 The Ministry of Finance on Friday issued a statement cautioning investors regarding risks of dealing with cryptocurrencies. (File photo) Photograph:( Twitter )

Amid reports of the rising presence of bitcoins and other forms of virtual currencies (VCs) in India, Union Finance Minister Arun Jaitley on Tuesday reiterated that the former are not accepted as a lawful and legal tender in India.

"Since December 24, 2013, the government and the Reserve Bank of India (RBI) have maintained the same stand on bitcoins and other forms of virtual currencies. Through multiple notifications, the two parties have notified the public time and again that bitcoins will not be considered lawful or legal tender in India," Jaitley said while responding to a question raised in the Rajya Sabha earlier today.

Further, Jaitley stated that an expert group was commissioned to look into the matter, adding that a report will be filed by them on the matter.

"The government does not want to take any substantial steps before the report is filed. We will look into the report and then issue corrective measures after a thorough understanding of the situation. We will also take the global scenario into consideration. However, we have clearly stated that dealing with VCs is at one's own risk," he said.

When asked on measures taken to protect citizens from the dangers involved in cryptocurrencies and availability of data on the same, Jaitley noted that 11 exchanges have been identified in India, and reiterated that experts groups are looking into the same.

"Bitcoins are not restricted to India; it is a problem world over. There are 785 VCs in operation worldwide presently. Cryptocurrency lacks dependence and function with anonymity within a virtual community. All operations are online. We have identified 11 exchanges dealing with VCs in India. We are awaiting the official report from experts," said Jaitley.

On a related note, the Ministry of Finance on Friday issued a statement cautioning investors regarding risks of dealing with cryptocurrencies.

Linking them to 'Ponzi schemes', the ministry argued that unlike others, virtual currencies have no intrinsic value and are not backed by any kind of assets. The price of Bitcoin and other VCs, therefore, is entirely based on speculation, which results in spurt and volatility in their prices.

Prior to this, the users, holders, and traders of VCs were cautioned three times, in December 2013, February 2017 and December, 2017, by the RBI about potential financial, operational, legal, customer protection and security related risks that they are exposing themselves to by investing in Bitcoin and/ or other VCs.

For the unversed, Bitcoins are a part of a rising new genre of digital payments called 'cryptocurrencies' that work on blockchain technology with no centralised administrator.

This virtual currency emerged in the aftermath of the financial crisis and allows people to bypass banks and traditional payment processes to pay for goods and services.