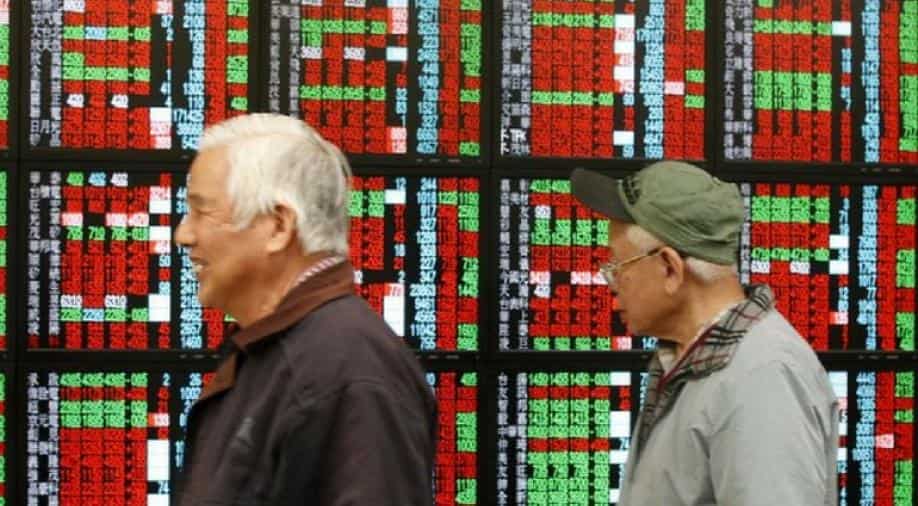 Asian shares pulled back on Monday after US employment data raised doubts about the strength of the global economy while investor jitters ahead of crucial Brexit votes in the UK parliament this week weighed on the pound.

Wall Street's main indexes posted their biggest weekly decline since the market tumbled at the end of 2018 last week, falling for the fifth consecutive day on Friday on the shocking payrolls data.

The US economy created only 20,000 jobs in February, the weakest reading since September 2017. As a result, bond yields dropped, with the 10-year Treasuries yield hitting a two-month low of 2.607 per cent.

The two-year yield also hit a two-month low of 2.438 per cent, edging near the current Fed funds rate around 2.40 per cent.

Fed funds futures are pricing in more than 20 per cent chance of a rate cut this year.

"The headline reading was so weak that the market could have reacted more aggressively. I would say markets reacted relatively calmly because there were elements that suggest weakness is temporary," said Tomoaki Shishido, fixed income strategist at Nomura Securities.

While jobs growth was weak, average hourly earnings rose 11 cents, or 0.4 per cent, raising the annual increase to 3.4 per cent, the biggest gain since April 2009.

Fed Chair Jerome Powell said on Friday that the central bank will be careful not to shock financial markets as it stabilises its bond portfolio, saying it does not see problems in the US economy that warrant an immediate change in its policy.

He also said the new normal for the Fed's total liabilities may be in the ballpark of 16.5 per cent of GDP.

Chinese data released over the weekend was slightly weaker though hopes for more policy support are likely to cushion any blows.

New bank loans in China fell a bit more than expected in February from a record the previous month, while money supply growth also missed the forecast.

In the currency market, the euro stood at $1.12345, keeping some distance from Thursday's $1.11765 hit after the European Central Bank's surprisingly dovish stance. It was its lowest since late June 2017.

The British pound was wobbly at $1.2986, having fallen to a three-week low of $1.2945 earlier on Monday on nervousness ahead of a crucial week in the UK’s troubled political debate over EU membership, with parliament expected to reject Prime Minister Theresa May's deal in a vote on Tuesday.

If that happens, lawmakers will vote the next day on whether to leave without a deal on March 29. If they reject that, then on Thursday they are due to vote on a "limited" delay.

Oil prices steadied after dipping on Friday on concerns about a slower US economic growth and surging US oil supply.