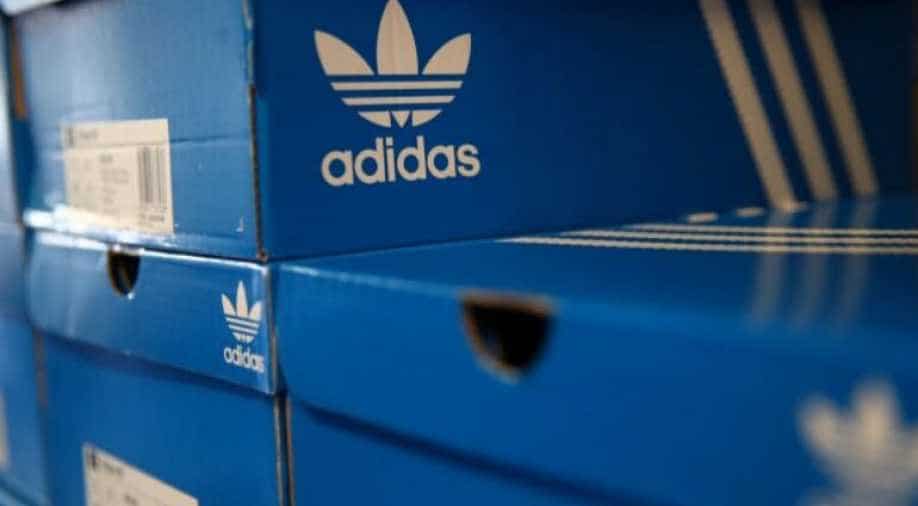 Boxes of Adidas shoes are pictured in the warehouse of local footwear retailer "Pomp It Up" in Bussigny near Lausanne, Switzerland Photograph:( Reuters )

Adidas shares fell 1.6 per cent by 1000 GMT. The stock had rallied in recent weeks on hopes Adidas might lift its outlook after German rival Puma raised its sales and profit forecasts following a strong second quarter.

Adidas said supply shortages for North America will be fixed by the end of the year and the European market should return to growth after the German sportswear company reported weaker than expected second-quarter sales and profits.

Chief Executive Kasper Rorsted said he was more worried about the prospects for a currency war between the United States and China than about tariffs on Chinese-made shoes after Washington branded Beijing a currency manipulator on Monday.

"There is no winner in a currency war, eventually everybody will lose as it will lead to a slowdown in the world economy," Rorsted told journalists, noting that a fall in currencies of its two top markets would be tough as the firm reports in euros.

Adidas shares fell 1.6 per cent by 1000 GMT. The stock had rallied in recent weeks on hopes Adidas might lift its outlook after German rival Puma raised its sales and profit forecasts following a strong second quarter.

"Given the recent rerating in the shares since April and narrowing valuation gap versus peers, the lack of a sales or earnings beat is unusual, and brand momentum remains concerning," Credit Suisse analysts wrote of Adidas.

Second-quarter sales rose a currency-adjusted 4 per cent to 5.51 billion euros ($6.18 billion), shy of average analyst forecasts for 5.54 billion as the company saw a strong decline in the soccer category a year on from the World Cup.

The shortages should be over by the end of the year, and have no impact in 2020, Rorsted said, noting that Adidas has built up capacity and accelerated the transfer of goods by air freight, but managed to make up for the higher costs elsewhere.

He said the supply problems were unrelated to U.S.-China trade tensions, with few Adidas products for the U.S. market still produced in China. Adidas makes about 25 per cent of its sales in China, which accounts for about 20 per cent of manufacturing.

EUROPE TO RETURN TO GROWTH

Adidas quarterly sales were flat in Europe, recovering from a 3 per cent fall in the first quarter after the firm took steps to reduce its reliance on its Originals fashion line and boost sales of sports performance gear, with new product launches.

Rorsted said Europe should return to growth by the end of the year, saying new shoe launches had been well received, such as 1980s-style Nite Jogger sneakers, Pulseboost running shoes and movie collaborations with Marvel and Toy Story.

The company is celebrating its 70th anniversary on Friday and opening a new building at a glitzy ceremony in its small German hometown of Herzogenaurach. Athletes and celebrities including Pharrell Williams and rappers Run DMC are due to attend.

Adidas has eroded Nike's dominance of the U.S. market in recent years, pushing retro styles and teaming up with singers such as Williams, Kanye West, and Beyonce.

Nike has responded by ramping up spending on marketing, with its sales rising a currency-adjusted 10 per cent in the quarter ended May 31, as it grew faster than Adidas in China and Europe.

Adidas said it was confident sales would accelerate in the second half, allowing it to confirm a full-year outlook for currency-neutral sales growth of 5-8 per cent and net income from continuing operations of between 1.88 and 1.95 billion euros.

Sales of its long-struggling Reebok brand rose 3 per cent, driven by the popularity of retro styles. But Rorsted dismissed interest in the brand from former basketballer Shaquille O'Neal, saying Adidas was not in talks to sell it.