Zelensky says Ukraine had 'no option but to negotiate' with Russia to end war. But will Putin hold talks? 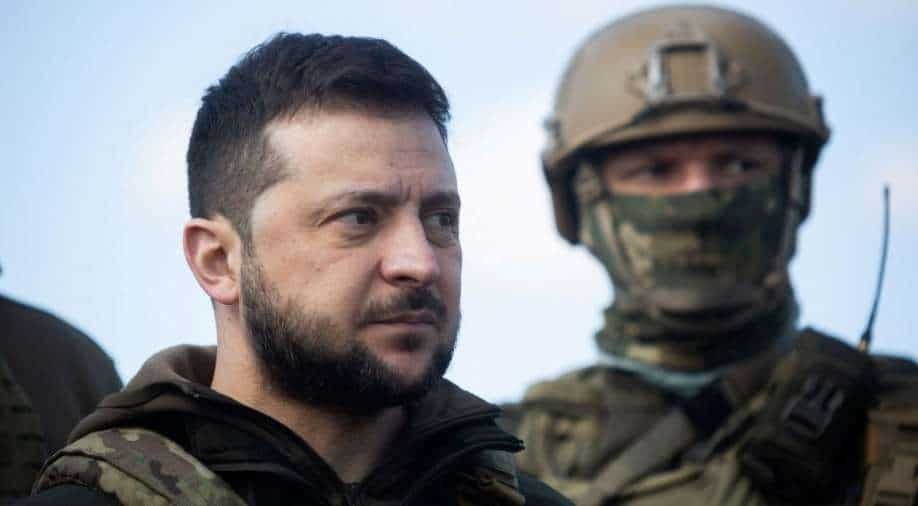 As he addressed the media outlet, Zelensky spoke about how Russian troops carried out extra-judicial killings in the town of Bucha

Ukrainian President Volodymyr Zelensky on Tuesday (April 5) said that negotiation with Russia is the only option left to end the ongoing war, which has left the country in tatters. But will the talks happen?

During an interview with Ukrainian journalists broadcast on national television, Zelensky said, "All of us, including myself, will perceive even the possibility of negotiations as a challenge."

He added that the "challenge is internal". During the conversation, the Ukrainian President said, "First of all, one's own, human challenge. Then, when you pull yourself together, and you have to do it, I think that we have no other choice."

As he addressed the media outlet, Zelensky spoke about how Russian troops carried out extra-judicial killings in the town of Bucha west of the Ukrainian capital, Kyiv.

All of us will perceive even the possibility of negotiations – I am not even talking about the content of the talks – as a challenge. The challenge is internal, first of all, one's own, human challenge. What shall we do now? Then, when you pull yourself together, and you have to do it, I think that I have no other choice" - Zelensky

"The most difficult thing is to talk about what they (Russians) have done, recognize them as an enemy, know that it is a Russian war against Ukraine. It needs to be recognized. We believe it is genocide. We believe they must be held accountable for it. And having such a stance, we must look for a possibility to meet. And when we meet, we must find a solution. And solution cannot mean loss of our territory. I believe we must set such a goal for the talks. And then we will see what happens. There is a chance that the meeting will not happen. It is possible" - Zelensky

"Russia has its own view of Donbas while we have ours. For that reason, I had a simple proposal. I believe we will not be able to reach an agreement on all points at once. It is impossible even if we hold talks. It is impossible" - Zelensky

Mass graves were found in Bucha and some of the dead bodies were lying on the streets. Authorities claimed that women and young girls were raped, tortured and then killed. The bodies of some girls were even branded.

Moscow has also said it would present "empirical evidence" to a meeting of the United Nations Security Council on Tuesday (April 5) to provide credible information that its forces were not involved in any killings.

Meanwhile, Zelensky said that the events in Bucha were unforgivable but Ukraine and Russia should take the difficult option of pursuing talks.

Important to note that the talks are going via video link, reported the Russian news agency Interfax citing a deputy Russian foreign minister as saying.

So far, there's no official comment on whether Russian President Vladimir Putin is interested in holding talks with his Ukrainian counterpart.