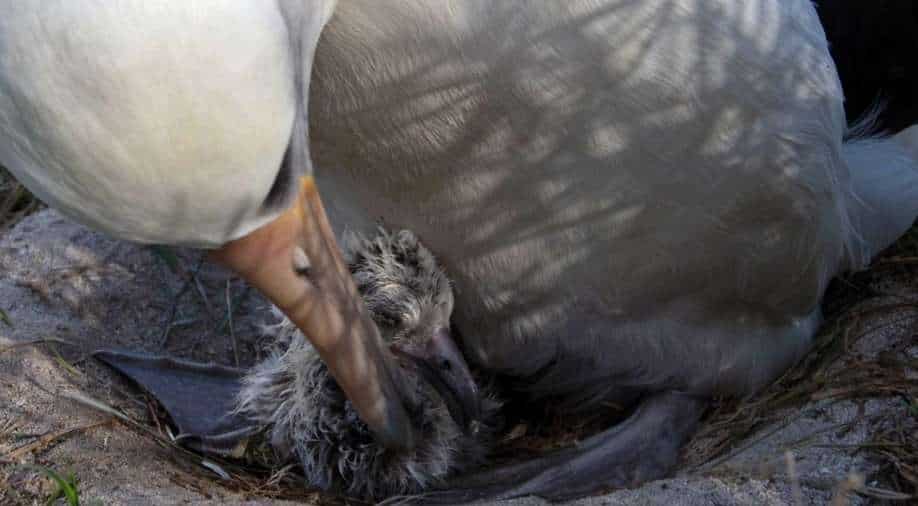 Wisdom and her mate, Akeakamai, have been hatching and raising chicks together since at least 2012 when biologists first banded Akeakamai

The world's oldest-known bird in history, Wisdom the albatross, has hatched another chick at the age of 70.

Wisdom welcomed her new baby on 1 February in the Midway Atoll national wildlife refuge in the North Pacific, where more than a million albatross return to nest each year.

Wisdom and her mate, Akeakamai, have been hatching and raising chicks together since at least 2012 when biologists first banded Akeakamai.

US Fish and Wildlife Service biologist Dr Beth Flint said “We also don’t know if she’s the exception. She’s probably just the oldest one we know about.”

According to an estimate by the USFWS, Wisdom has hatched more than 30 chicks over the course of her lifetime.

Wisdom, a mōlī (Laysan albatross) and world’s oldest known, banded wild bird is at least 70 years old. Biologists estimate she has had at least 30-36 chicks. https://t.co/cjM8X2clme

She was banded in 1956, as part of a long-term research project that has identified more than 260,000 individual albatross since the late 1930s.

As per Sean Dooley, national public affairs manager for BirdLife Australia, ''she only nests every two years, the international bird community looks forward to see if she’s been able to come back and nest.''

“The odds are stacked against them so much, whenever it happens it’s always a cause for celebration.”

Albatross don’t typically lay eggs every year and when they do, they lay only one egg. Each chick that makes it to adulthood makes a difference to for the future of the albatross population.