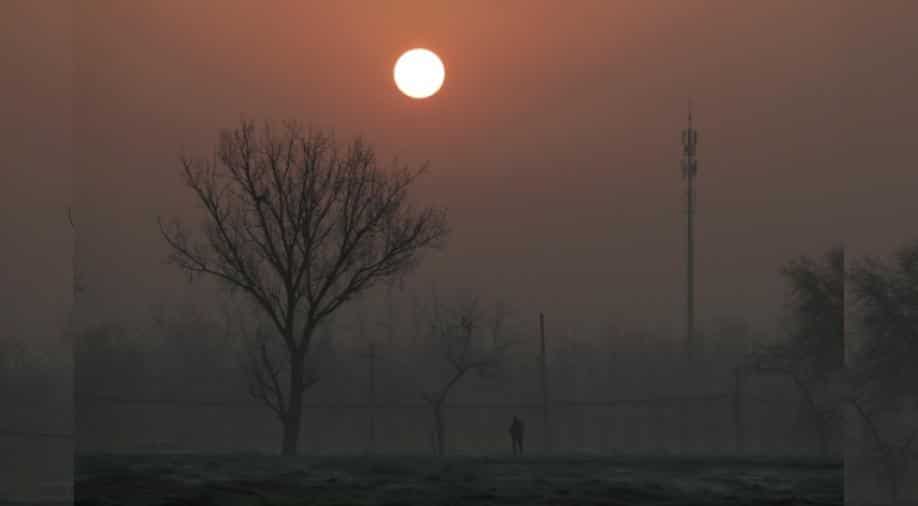 Temperatures have already risen by 1 degree Celsius since the mid-1800s as industrialisation lifted emissions of carbon dioxide, the main greenhouse gas blamed for climate change.

Temperatures are likely to rise by 1.5 degrees Celsius between 2030 and 2052 if global warming continues at its current pace and if the world fails to take rapid and unprecedented measures to stem the increase, a U.N. report said on Monday.

The U.N. Intergovernmental Panel on Climate Change (IPCC) met last week in Incheon, South Korea to finalise the report, prepared at the request of governments in 2015 when a global pact to tackle climate change was agreed.

The report is seen as the main scientific guide for government policymakers on how to implement the 2015 Paris Agreement.

The Paris pact aims to limit global average temperature rise to "well below" 2C above pre-industrial levels, while seeking to tighten the goal to 1.5C.

There has already been a rise of 1C since the mid-1800s as industrialisation lifted emissions of carbon dioxide (CO2), the main greenhouse gas blamed for climate change.

A rise of 1.5C would still carry climate-related risks for nature and mankind but the risks would be lower than a rise of 2C, the report summary said.

Meeting the 1.5C limit required "rapid, far-reaching and unprecedented" change in land and energy use, industry, buildings, transport and cities, it said, adding temperatures would be 1.5C higher between 2030 and 2052 at the current pace.

The targets agreed in Paris on cutting emissions would not be enough even if there were larger and more ambitious cuts after 2030, it said.

To contain warming at 1.5C, manmade global net carbon dioxide emissions would need to fall by about 45 percent by 2030 from 2010 levels and reach "net zero" by mid-century. Any additional emissions would require removing CO2 from the air.

"Limiting warming to 1.5C is possible within the laws of chemistry and physics but doing so would require unprecedented changes," said Jim Skea, co-chair of the IPCC working group which assesses climate change mitigation.

The summary said renewable energy would need to supply 70 to 85 percent of electricity by 2050 to stay within a 1.5C limit, compared with about 25 percent now.

Using carbon capture and storage (CCS) technology, the share of gas-fired power would need to be cut to 8 percent and coal to between 0 and 2 percent. There was no mention of oil in this context in the summary.

If the average global temperature temporarily exceeded 1.5C, additional carbon removal techniques would be required to return warming to below 1.5C by 2100.

But the report said the efficacy of measures, such as planting forests, bioenergy use or capturing and storing CO2, were unproven at a large scale and carried some risks.

Steps like reflecting incoming solar radiation back into space were not assessed because of the uncertainties about using such technology, the report said.

It said keeping the rise in temperature to 1.5C would mean sea levels by 2100 would be 10 cm lower than if the warming was 2C, the likelihood of an Arctic Ocean free of sea ice in summer would be once per century not at least once a decade, and coral reefs would decline by 70-90 percent instead of being virtually wiped out.

"The report shows that we only have the slimmest of opportunities remaining to avoid unthinkable damage to the climate system that supports life as we know it," said Amjad Abdulla, the IPCC board member and chief negotiator for the alliance of small island states.