With Britain gone, can the EU survive? 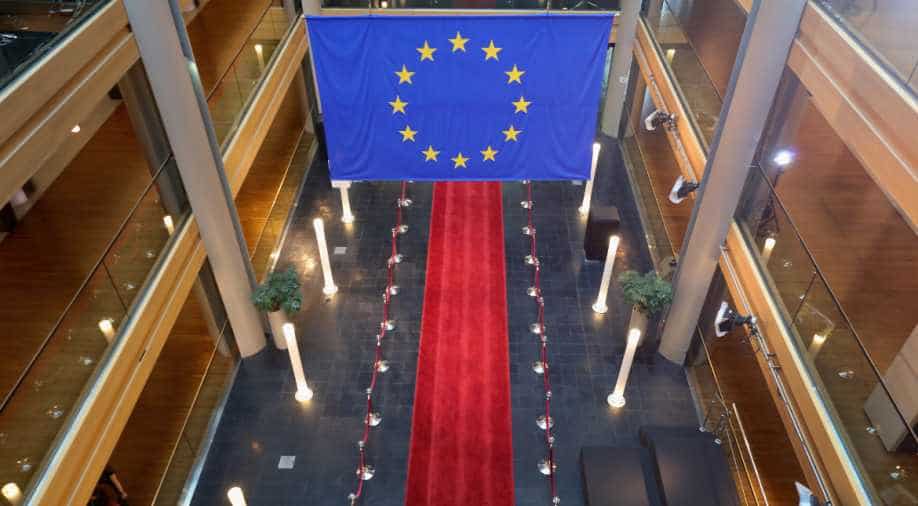 EU President Donald Tusk warned in the run-up to the vote that Brexit could lead to the "destruction of not only the EU but also of Western political civilisation". Photograph:( Getty )

Follow Us
Britain's vote to become the first country to leave the EU, as projected by national media, is a shattering blow that threatens the survival of the post-war European project, officials and analysts said.

The loss of one of its biggest members will at the very least force major changes on an embattled bloc already struggling to deal with growing populism, a migration crisis and economic woes.

In the long-run, "Brexit" may lead to other countries holding referendums, a far looser union, and possibly even the disintegration of a grouping set up 60 years ago to bring security and prosperity after World War II.

EU President Donald Tusk warned in the run-up to the vote that Brexit could lead to the "destruction of not only the EU but also of Western political civilisation."

With Europe facing a resurgent Russia and the threat of terrorism, Tusk said "our enemies... will open a bottle of champagne if the result of referendum is negative for us."

In a less doom-laden assessment, European Commission Chief Jean-Claude Juncker said last week that the EU was not "in danger of death" from a Brexit but that it would have to learn lessons.

'Very serious blow'
Chris Bickerton, a lecturer at Britain's Cambridge University and author of "The European Union: A Citizen's Guide", said it was a "very serious blow" but not terminal, given the "core role" of the EU in much of European political life.

But he added that it would probably drift towards a "looser, ad hoc" union.

"I don't think it would suddenly disappear but over the longer term, we might see it slowly decline and become something different," he told AFP.

The next steps for the EU would be difficult, he added.

"We are very much in uncharted territory," he said. "I don't think anyone really thought Brexit was really likely, certainly not when they were negotiating with Cameron, otherwise they would have done a very different deal."

In the immediate aftermath of the British vote, seven years of potentially bitter divorce negotiations between Brussels and London loom.

The remaining EU countries will likely be keen to move ahead. France and Germany, the main EU heavyweights, have already been working on a joint plan for the future.

But with Berlin and Paris at loggerheads over future integration of the eurozone, any plan is likely to be a modest affair that deals only with issues such as security and defence.

Even without Britain in the club, the drift away from "ever closer union" and federalism is likely to increase, with growing talk of a "two-speed Europe" that allows states opt-outs from key rules.

One major step could be making membership of the euro non-compulsory, which would help Poland, which appears to have no intention of joining the single currency but is officially meant to.

Domino effect?
The main fear in many European capitals is that either way, the result could trigger a domino effect of referendums in other countries.

French far-right leader Marine Le Pen on Tuesday urged all EU states to follow Britain's example, and eurosceptics in the Netherlands, Denmark and Sweden have made similar calls for referendums.

Vivien Pertusot, Brussels-based analyst with the French Institute of International Relations (IFRI), said the EU was likely to survive but be weakened.

"Institutions rarely die," he told AFP. "Maybe there will not be disintegration, but a loss of relevance. The EU will lose, bit by bit, its centrality for all the most political projects."

The danger for the EU is that even after if makes changes following the British referendum, it will still not be able to quell the forces of history tearing it apart.

The question of what could replace the EU if it does collapse is even more vexed.

"It might sound as if yes, this story has ended, a new one has began, but that's not not easy. Especially after the experience of failure," said Emmanouilidis.