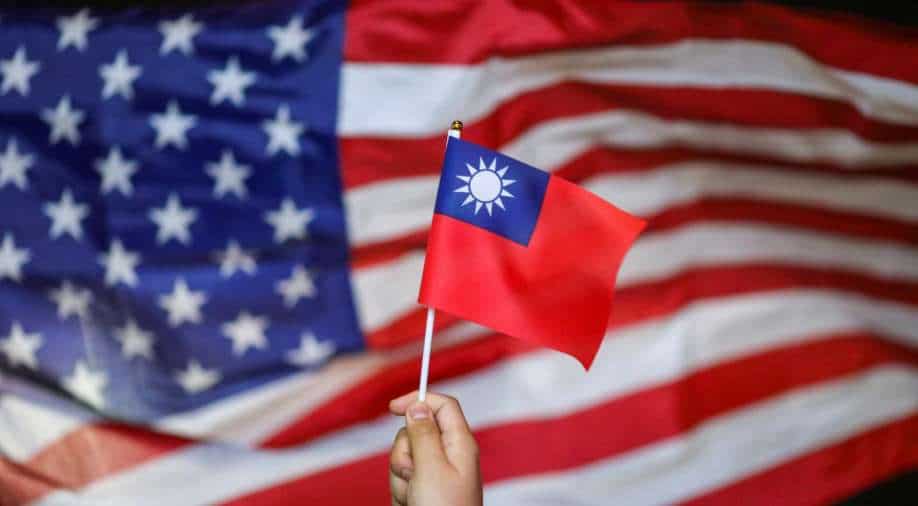 A file photo of US and Taiwan flags Photograph:( Reuters )

United States officials who have engaged in “nasty behaviour” over Taiwan will face sanctions, Chinese Foreign Ministry said on Monday

United States officials who have engaged in “nasty behaviour” over Taiwan will face sanctions, Chinese Foreign Ministry said on Monday.

China claims Taiwan as its own territory, and the US recently lifted restrictions on exchanges between US and Taiwanese officials.

Ties between both the countries have suffered in the aftermath of Mike Pompeo easing the restrictions between US and Taiwan. In addition, US Ambassador to the United Nations, Kelly Craft spoke to Taiwanese President Tsai Ing-wen last week, angering China.

Chinese ministry’s spokesperson Hua Chunying said that US officials would face sanctions after China pledged to make the US “pay a heavy price” for engaging with Taiwan, as reported by Reuters.

"Owing to the wrong actions of the United States, China has decided to impose sanctions on responsible US officials who have engaged in nasty behaviour on the Taiwan issue," Chunying said.

Chunying said that China is imposing sanctions on US officials members of Congress, and other personnel at NGOs for “nasty behaviour” over the Taiwan issue.

Earlier, the US had sanctioned over a dozen Chinese officials, and China had promised to respond.

Even then, China has not revealed the names of US officials that are being sanctioned, and the nature of sanctions.

On Wednesday, Democrat Joe Biden will be sworn-in as the president of the US, with the relationship between US and Taiwan vis-a-vis China expected to see some change.

China has repeatedly claimed that Taiwan is the most sensitive issue in terms of the country’s relationship with the United States.