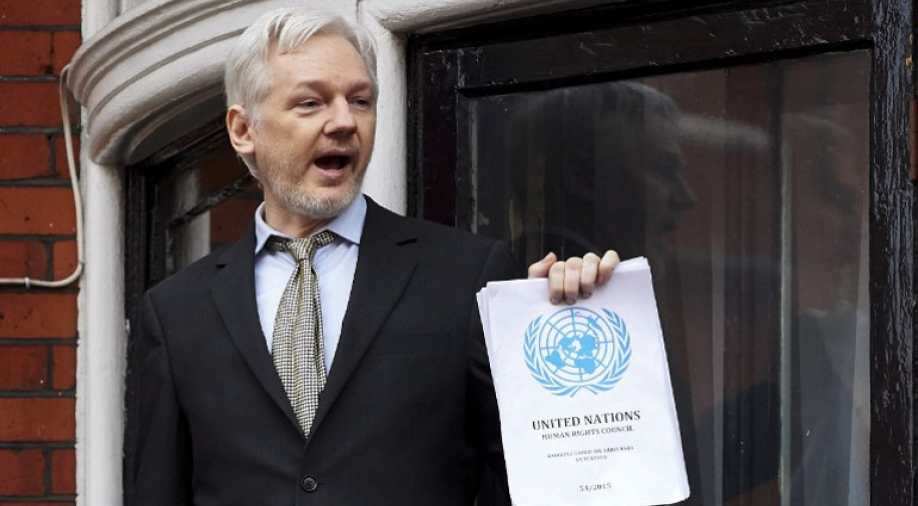 Swedish prosecutors had issued a European arrest warrant against Assange over allegations of rape and sexual assault filed by two women who met Assange during a 2010 trip to Sweden. Photograph:( AFP )

In the latest twist in the long-running legal battle, WikiLeaks founder Julian Assange was questioned at the Ecuadoran embassy in London today over a rape allegation against him.

Swedish prosecutor Ingrid Isgren will be present while Assange is questioned by an Ecuadoran prosecutor, which could last for several days. It will be the first time he has been interviewed over the matter since initial questioning by Swedish police at the time of the allegation.

Although the Swedish prosecutors dropped the sexual assault probe against Assange last year after the five-year statute of limitations expired, they still want to question him about the 2010 rape allegation.

"It's planned to last a few days," Assange's lawyer Per Samuelsson told AFP, adding that it was too early to say what might arise from the meeting or what would be made public.

Swedish prosecutors had issued a European arrest warrant against Assange over allegations of rape and sexual assault filed by two women who met Assange during a 2010 trip to Sweden.

The 45-year-old who sought refuge in the embassy in June 2012 has denied the claims, saying they were politically motivated, and insisted that his sexual encounters with the two women were consensual. He has been holed up in the embassy for more than four years.