Why is Britain standing up to China 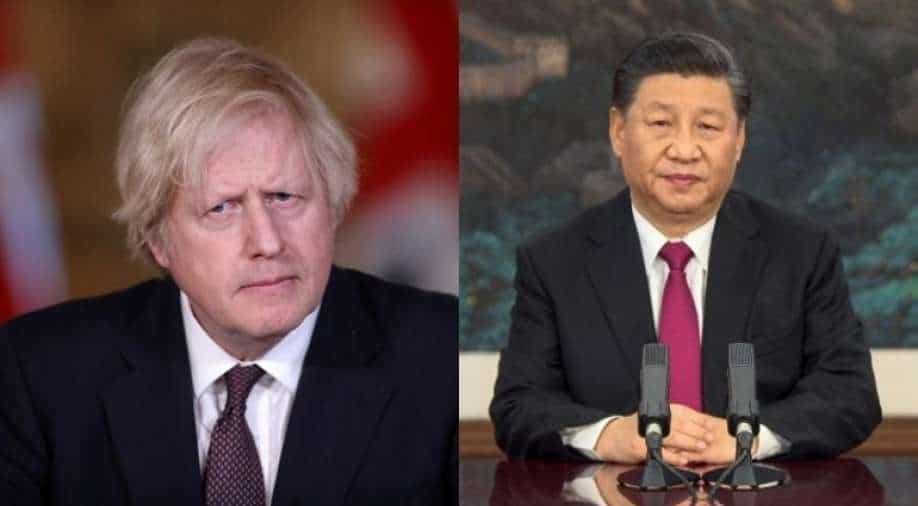 Johnson’s government said it would 'tilt' its focus towards the Indo-Pacific region as part of its Integrated Review of government policy for the coming years, saying the area increasingly represented the geopolitical centre of the world

Prime Minister Boris Johnson on Tuesday acknowledged that China will pose a “great challenge” for the UK as he set out the findings of a major review of foreign policy.

Addressing the British parliament, Johnson said that the UK has "led the international community in expressing our deep concern'' over China’s mass detention of the Uighur people and its actions in Hong Kong.

Britain's biggest foreign and defence policy review since the 1990 end of the Cold War sets out how Prime Minister Johnson wants to be at the forefront of a reinvigorated, rules-based international order based on cooperation and free trade.

Johnson’s government said it would “tilt” its focus towards the Indo-Pacific region as part of its Integrated Review of government policy for the coming years, saying the area increasingly represented the geopolitical centre of the world.

Also read| UK PM Boris Johnson to visit Delhi on April 26, will head to Pune too

The United States has deployed its Navy aircraft carrier the USS Nimitz in the contested South China Sea.

Germany has also announced the deployment of its naval frigate to Japan.

"There is no question that China will pose a great challenge to an open society such as ours, but we will also work with China where that is consistent with our values and interests," Johnson told parliament.

Britain, the world's sixth-largest economy, is dwarfed economically and militarily by China but believes that, with soft power and strategic alliances, it can help persuade Beijing to play by the rules of a new, more dynamic international system.

The British government has long promised the "Integrated Review" that will show that Britain, which completed its exit from the EU at the end of last year, still has international clout and will define a new era.

The UK has taken a nuanced approach to China, calling Beijing's increasing power and assertiveness the most significant geopolitical factor of the decade, and promising to challenge it where necessary and defend British national security.

Johnson is pursuing forming an alliance of 10 democracies to create an alternative pool of suppliers of 5G equipment and other technologies to avoid relying on China.

The British government has approached Washington about a “D10” club of democratic partners, based on G7 plus Australia, South Korea and India.

In 2015, Britain's then-finance minister, George Osborne, predicted a "golden" era in Chinese-British relations. But ties have since frayed over issues including Beijing's security crackdown on former British colony Hong Kong and security concerns around Chinese investment in Britain.

What can the UK get from India?

Boris Johnson has called ''India is an increasingly indispensable partner for the United Kingdom.''

India's skilled labour, technological assistance and vibrant market will open a lot of avenues for Britain which has recently parted ways with the European Union.

India is not the world's largest telecom market, it is also the fastest-growing.

According to a study on India's telecom sector, an increase in telecom subscriptions often touches 20 million a month.

Along with the world, India is now steering towards 5G. The UK will need India's help to marginalise China in the telecom market.

Prime Minister Boris Johnson will visit India at the end of April in what will be his first major international trip after Britain’s exit from the European Union, as part of efforts to boost UK opportunities in the region, his office said on Monday.

"I am delighted to announce that I will visit India next month to strengthen our friendship with the world's biggest democracy," he said.

Johnson had planned an Indian trip in January as part of efforts to speed up trade talks between the two nations but was unable to do so amid a surge of COVID-19 infections at home.

At the time, his office said he had hoped to rearrange the visit before Britain hosted the meeting of leaders from the Group of Seven rich nations in June, which Indian Prime Minister Narendra Modi is due to attend as a visitor.