Why COVID-19 vaccination has become a challenge worldwide 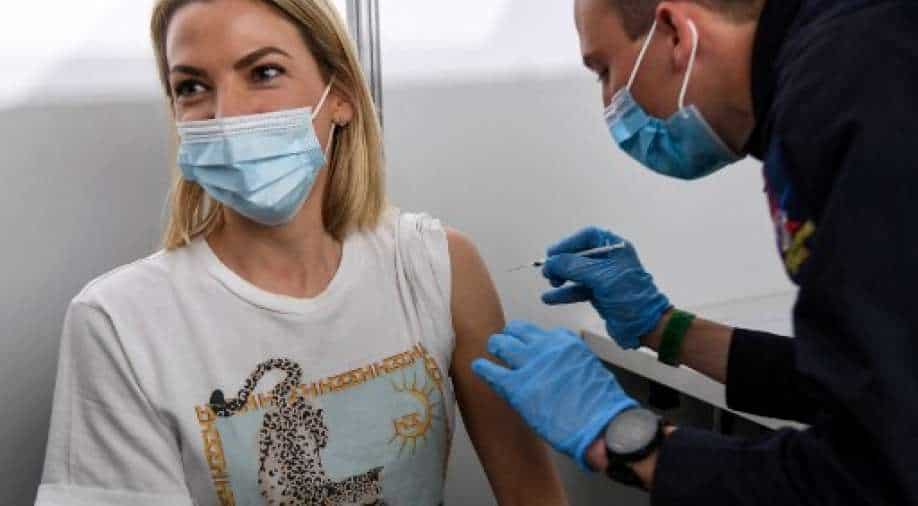 In terms of sheer numbers, India's inoculations are the third highest in the world after China and the US, India has vaccinated the highest number of people

It's May 14, the same day when the first smallpox vaccine was administered way back in 1796. It took 200 years to eradicate smallpox.

Now, with the Wuhan virus, the vaccines are far more advanced but how are countries faring in giving these shots?

In India, there's a lot of hue and cry about the shortage of vaccines.

In terms of sheer numbers, India's inoculations are the third highest in the world after China and the US.

India has vaccinated the highest number of people. But it makes a small percentage of the population because India has 1.3 billion people.

The world over, more than 1.38 billion shots have been given so far.

It includes both first and second doses. The world population is more than 7 billion, so there are over 5.5 billion people to cover.

The rate of vaccination has been picking up. In the past week, 150 million doses were administered and at this pace, it will take 18 months to vaccinate the planet.

However, this is pure statistics not factoring in vaccine inequity or mutations.

In the real world, both these things slow down vaccination. In Africa, they are giving 400,000 doses per day and have more than 50 countries. At this rate, they will take 11 years to achieve herd immunity.

In contrast, in the United States, there have been 266 million doses in a population of 300 million with close to 36 per cent of Americans fully vaccinated.

However, now hesitancy has been creeping in. Last month, America was giving 3.4 million shots per day, now it has fallen to just 2 million.

They are offering free beer with vaccines just to get people to take the shot.

The US has started jabbing teenagers, becoming one of the very few countries to do it. They have three vaccines - Pfizer, Moderna and Johnson & Johnson. The first two - Pfizer and Moderna, have done most of the heavy lifting.

The European Union's rollout was off to a horrible start.

There were shortages and suspensions including a blood clot hysteria but now things have improved.

They have administered 186 million doses, which is 12 per cent of the population fully vaccinated and 30 per cent are halfway there.

Europe is giving 3.4 million doses per day, more than the US and the UK.

They are doing it with four approved jabs - Pfizer, Moderna, AstraZeneca and Johnson and Johnson.

Canada has also approved jabs for teenagers. It may seem like they are racing ahead but the reality is quite different. Only 2.7 per cent of Canadians are fully vaccinated.

It is a country that tried to hoard vaccines with five shots for each citizen and four approved jabs.

Now to a country where none of these vaccines are approved: Russia.

Their rollout has been a disaster. Russia had a headstart since they had approved the first vaccine Sputnik-V but since then everything has gone downhill. They have given 19 million doses in a population of 144 million. Only 5 per cent people are fully vaccinated and 8 per cent have got the first shot.

Japan is a similar story. There was a lot of hesitancy at first, but closer to the Olympic Games, the numbers are picking up.

Japan has delivered 5.5 million doses, which means 1.2 per cent citizens are fully vaccinated.

Japan's biggest problem is that they only have one vaccine - Pfizer.

Israel is miles ahead as 56 per cent citizens are fully vaccinated but their population is barely 9 million. Now they are just giving 5,000 doses per day, with no masks outdoors.

India has given 180 million shots with three per cent of the population fully vaccinated. At least 10 per cent have got the first shot. The country has been administering two million doses per day - the same as the US.

In absolute numbers, it may look fine, but India has 1.2 billion people which is four times America's population, so India will have to move much faster to achieve herd immunity.

According to the Indian government, it will have two billion doses by December this year which would be enough to vaccinate all Indians.

However, where are these vaccines coming from? It turns out they are still in the pipeline. At least half a dozen vaccines are being trialled, so two billion looks like a long shot.

On the plus side, Sputnik- V is finally in India, and the first dose was given in Hyderabad. They are going at $13.6 dollars per shot, which is a 1,000-odd rupees.

The Sputnik V shots made in India should be cheaper. Countries rich and poor, big and small are all struggling to vaccinate their people and shortages are a global issue. So is vaccine hesitancy.

The more people a country has, the bigger is the challenge. The other problem is nearly two billion of the world population is children below 18 and only a handful of countries have started vaccinating them.