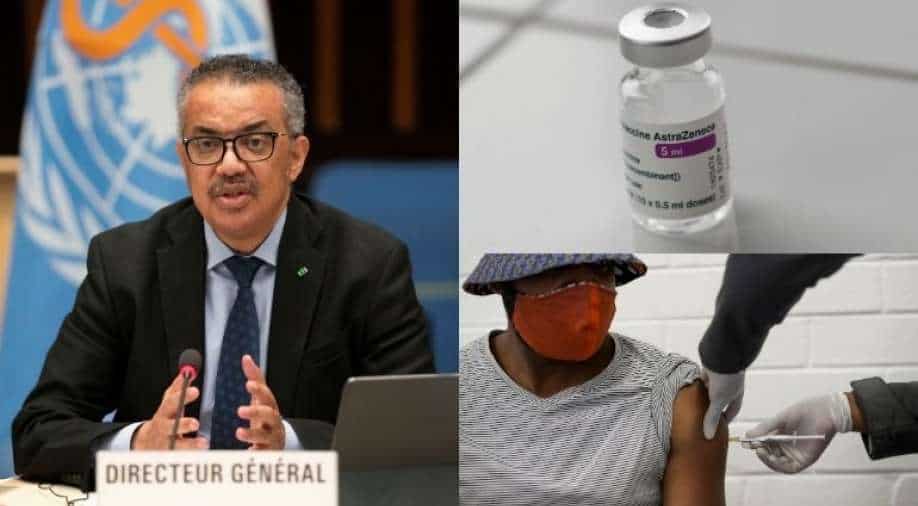 The announcement came after the vaccine has suffered several setbacks, raising questions about whether it was appropriate to use it for older people, or in places where a variant of the virus first found in South Africa is circulating

WHO vaccine experts said Wednesday the AstraZeneca-Oxford Covid-19 vaccine could be used for people aged over 65, and also in settings where variants of the virus are circulating.

The announcement came after the vaccine has suffered several setbacks, raising questions about whether it was appropriate to use it for older people, or in places where a variant of the virus first found in South Africa is circulating.

In interim recommendations on the shot, the Strategic Advisory Group of Experts on Immunisation (SAGE) panel said the vaccine should be given in two doses, with an interval of around 8 to 12 weeks between the first and second doses.

SAGE chief Alejandro Cravioto acknowledged that there was a lack of data on the efficacy of the vaccine for people over the age of 65, which has prompted a number of countries to recommend against its use in older people.

SAGE also said that even where questions have been raised about the vaccine's efficacy against a South African variant of the coronavirus, "there is no reason not to recommend its use".

South Africa this week paused its rollout of the AstraZeneca vaccine after data from a small trial showed it did not protect against mild to moderate illness from the 501Y.V2 variant of the coronavirus now dominant in the country.

The experts also said they had discussed the effectiveness of the vaccine when faced with a range of new variants of concern of the coronavirus, and in particular, the one first spotted in South Africa.

The country has decided to put off using AstraZeneca jabs in a planned vaccination programme over concerns about their efficacy against the prominent virus variant in the country.

The alarm was raised when a trial at Johannesburg's University of Witwatersrand concluded the AstraZeneca vaccine provided only "minimal" protection against mild to moderate Covid-19 caused by the variant.

That was bad news for many poorer nations counting on the greater accessibility, affordability and logistical advantages offered by the AstraZeneca shot.

But the WHO and its partners have cautioned against dismissing the vaccine, pointing to the small size and possibly problematic methodology of the South African study, insisting more data was needed.

And SAGE stressed Wednesday that the vaccine could also be used in places where "variants are present."

Cravioto stressed that "there is no reason not to recommend its use even in the countries that have the circulation of the variants".

The experts also reiterated their recommendation not to prioritise international travellers for vaccination.

"In the current period of very limited vaccine supply, preferential vaccination of international travellers would counter the principle of equity," they said.

SAGE, which advises the WHO on overall global vaccine policies and strategies, has already issued advice on the usage of the Pfizer-BioNTech and the Moderna vaccines.

UK-Swedish pharmaceuticals giant AstraZeneca's vaccine is currently a vital part of Covax, the system set up by WHO and others to procure Covid-19 jabs and ensure their equitable distribution around the world.

It accounts for the vast majority of the 337.2 million vaccine doses Covax is preparing to begin shipping to some 145 countries during the first half of the year, once it receives WHO authorisation.

The WHO is set to decide next week on whether to give the AstraZeneca vaccine emergency use authorisation for doses of the jab produced in India and South Korea.

If granted, doses from those sites could start to be distributed to some of the world's poorest countries via Covax.