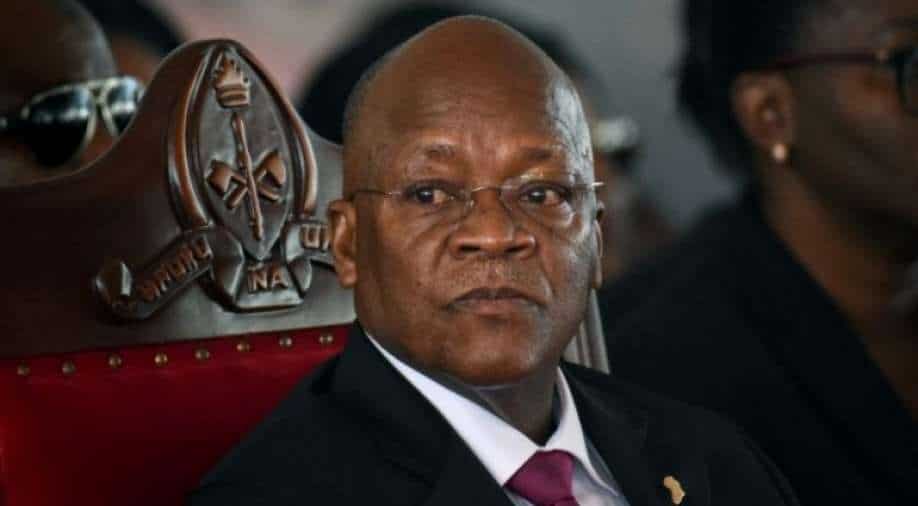 Tanzania's main opposition leader has demanded information on the health of President John Magufuli, a prominent COVID-19 sceptic whose absence from public view has brought speculation he is receiving medical treatment abroad.

The mere question is now leading to arrests, as the government seeks to contain the rumours.

Magufuli, a 61-year-old leader nicknamed "The Bulldozer," was last seen in public on February 27 looking his normal self as he swore in a new chief secretary at State House in Tanzania's commercial capital Dar es Salaam.

Magufuli's absence comes amid a string of high-profile deaths and illnesses attributed to "respiratory problems" or "pneumonia".

Magufuli had for months insisted the virus no longer existed in Tanzania and had been fended off by prayer. He refused to wear a facemask or take lockdown measures.

"Vaccines are not good. If they were, then the white man would have brought vaccines for HIV/AIDS," he said earlier this year. Last year, he dismissed coronavirus testing kits, which he said had returned positive results on a goat and pawpaw fruit.

Tanzania stopped reporting coronavirus data in May last year, when it said it had 509 cases and 21 deaths, according to data held at the World Health Organization, which has called on the country to share its information.

But a week before he was last seen, Magufuli conceded the virus was still circulating, after the vice-president of semi-autonomous Zanzibar was revealed to have died of Covid-19.

"The president's wellbeing is a matter of grave public concern. What's it with Magufuli that we don't deserve to know?", opposition leader Tundu Lissu said in a tweet late on Tuesday as rumours flew on Tanzanian social media.

On Monday, Lissu said on Twitter that his intelligence sources "say he's on life support with COVID and paralysed on one side and from the waist down after a stroke. Tell the people the truth!"

Among the theories in circulation is that Magufuli is severely ill in a hospital in Kenya or India, while another suggests he never left Tanzania at all.

Magufuli was first elected in 2015 and beat Lissu to win re-election last year. He has faced accusations from Western countries and opposition parties of eroding democracy, which he denies.