When polls close and what to watch for 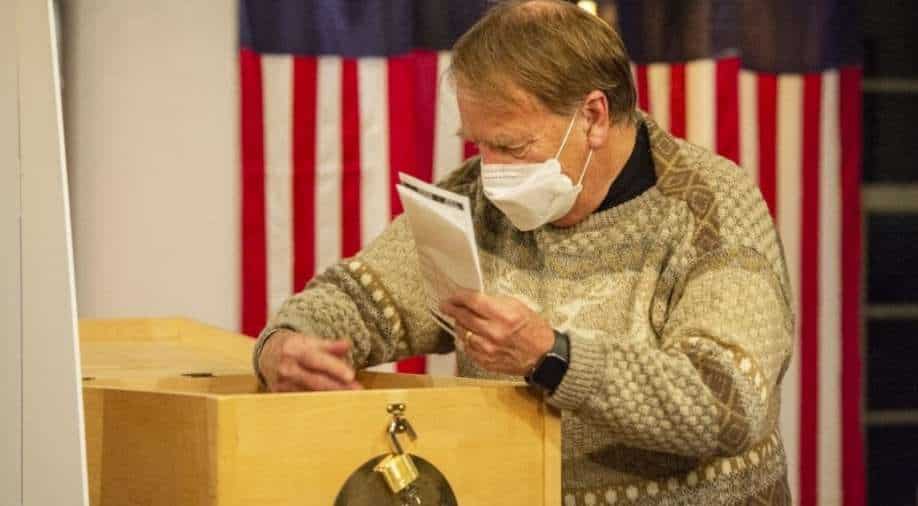 Tom Tillotson takes the five ballots out of the ballot box to count at the Hale House at the historic Balsams Resort during midnight voting as part of the first ballots cast in the United States Presidential Election in Dixville Notch, New Hampshire Photograph:( AFP )

Early returns in states that count in-person votes first, like Pennsylvania, will probably be skewed toward President Donald Trump and other Republicans

The first polls will close at 6 p.m. Eastern time in parts of Indiana and Kentucky. Then there will be a steady stream of poll closings, every hour and sometimes every 30 minutes until the last polls in Alaska shut down at 1 a.m. Eastern time Wednesday.

In a normal year, results would start flowing in pretty quickly, and we might have a good picture within hours of which candidate was poised to reach 270 electoral votes. But this is not a normal year. Because so many Americans are voting by mail, it’s very possible that we won’t know who won on election night, or even Wednesday morning.

The keywords here are patience and caution. Do not expect states to be called quickly, and do not draw conclusions from partial results, which are likely to be misleading.

In the unlikely event that McConnell’s Democratic challenger, Amy McGrath, becomes competitive, that could be a sign of a really bad night for Republicans. But early returns will not say much, because the polls will be open for another hour in parts of western Kentucky and Indiana that are on Central time.

WHAT TO WATCH: Florida and Georgia are expected to count ballots faster than other swing states — Florida especially so — and if Biden wins either of them, he will be in a formidable position. If Trump wins them, then we may be looking at a long wait for results in the Midwest to decide the race. (Keep in mind that, because Florida reports early votes before Election Day votes and because polls in the conservative Panhandle are open for another hour, the first returns may be disproportionately Democratic.)

Georgia also has two competitive Senate races, both of which may require runoffs in January. In South Carolina, though, which is expected to count almost all of its votes Tuesday night, the race between Sen. Lindsey Graham and Jaime Harrison could be called quickly.

WHAT TO WATCH: North Carolina and Ohio are key presidential swing states, but while they are expected to report a majority of results quickly, they will also continue to accept mail-in ballots for more than a week. That means in a close race, we might not know who won until mid-November.

North Carolina also has one of the most important Senate races this year, between Sen. Thom Tillis and his Democratic challenger, Cal Cunningham. If Democrats are going to take control of the Senate, this is close to a must-win.

WHAT TO WATCH: The last polls in Florida close at this time, as do all or most polls in three other important swing states: Michigan, Pennsylvania and Texas. (Polls in far western parts of Michigan and Texas, including El Paso, are open for an additional hour.) Texas is expected to report most of its results Tuesday. But Michigan and Pennsylvania may take several days to count mail ballots, and the returns there on election night may be disproportionately Republican.

WHAT TO WATCH: There won’t be much to see at the statewide level in Arkansas, which is safe Republican territory for both Trump and Sen. Tom Cotton. But there is a competitive race in the 2nd Congressional District between Rep. French Hill and his Democratic challenger, Joyce Elliott.

Election officials expect to count votes fairly quickly in these states, but final results in Wisconsin may have to wait until Wednesday morning.

Iowa is also in play in the presidential race, but it is more Republican-leaning than the other swing states and is not particularly likely to decide the election — if Biden ends up winning here, he would probably already have passed 270 electoral votes elsewhere. The reverse is true in Nevada: Trump is targeting it, but it’s more Democratic-leaning than other swing states.

WHAT TO WATCH: None of the states with polls closing this time have competitive presidential or Senate races. There are several House races to watch in California, but complete results may not come for weeks. Even before the pandemic, many Californians voted by mail, and the state took a long time to process the ballots.

WHAT TO WATCH: There is probably nothing to watch in Alaska or Hawaii on election night. Hawaii will report its results very quickly but does not have any competitive races. And while Alaska’s Senate and House races may be competitive, the state will not start — you read that right, <em>start</em> — counting absentee ballots until Nov. 10.