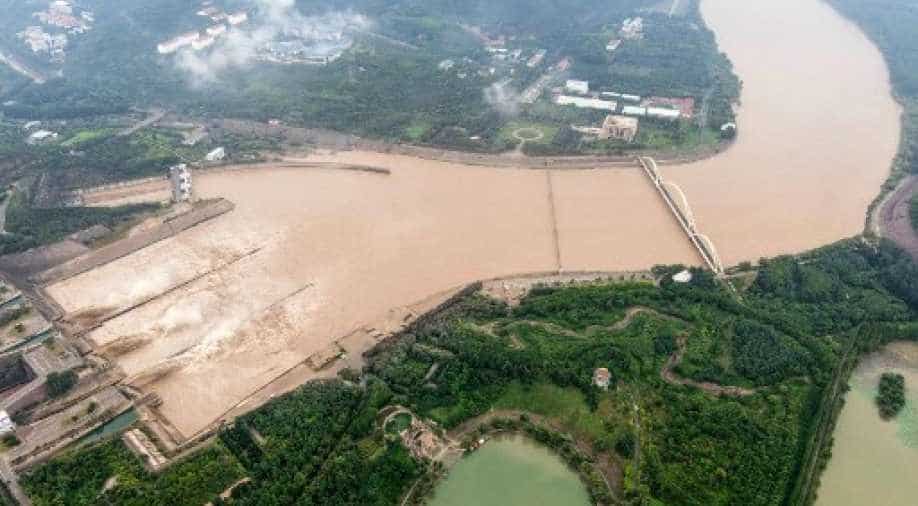 In Tibet, China has built the Zangmu dam. It's on the Brahmaputra river but on the Chinese side.

China has built at least 11 dams on the Mekong river. It is known as the Lancang river in China. It is one of the world‘s longest and most important waterways. The river flows from southwestern China into Myanmar, Laos, Thailand, Cambodia and Vietnam.

The Mekong river and its tributaries are the economic lifelines of around 60 million people in Southeast Asia. In Tibet, China has built the Zangmu dam. It's on the Brahmaputra river but on the Chinese side.

The dam was operationalized in 2015. Three other dams are being built at Dagu, Jiexu and Jiacha on the Brahmaputra. A river that originates in Tibet, flows into Arunachal Pradesh and Assam and later drains into the Bay of Bengal through Bangladesh.

China is the starting point for rivers that flow into 18 downstream countries. No other country serves water to that many nations. China is creating an extensive dam infrastructure to arm itself. It wants to weaponise water and control how it flows including where it flows and how much water is released to the neighbours.

With these dams, China can store water and release it at will - a power that could even create floods. China could even turn off the taps and trigger droughts. China can do a lot of damage with this kind of power as free-flowing rivers can go dry which in turn will kill the river ecosystems including trees, plants and fish. It can drive species towards extinction and disrupt the normal course of life for mankind.

It is a lot of power in the hands of one country and China does not hesitate in wielding it. Last year, the Mekong river began to dry. Initially, China blamed it on insufficient rainfall.

There was a drought and the impact was severe. Thailand’s sugar output hit a nine-year low. It is one of the largest sugar exporters in the world. Thailand experienced its worst drought in 40 years.

Rice fields were damaged in Vietnam as water levels hit a record low in Laos and Cambodia. Satellite images exposed how China used its dams to stop the flow of water as at the origin of Mekong there was an abundance of water. China was using its reservoirs to store water. The satellite images showed for 12 months from May 2019 to April 2020, the reservoir on the dam was full.

Another dam on the Mekong, Nuozhadu dam didn’t have any water in May 2019 but by April this year, even its reservoir was full. Asia is one of the driest continents in the world with water now slowly becoming the scarcest critical resource even more scarce than oil.

Journalist Steven Solomon has said that conflicts in the 21st century will be fought over water, China is already arming itself for the battle.