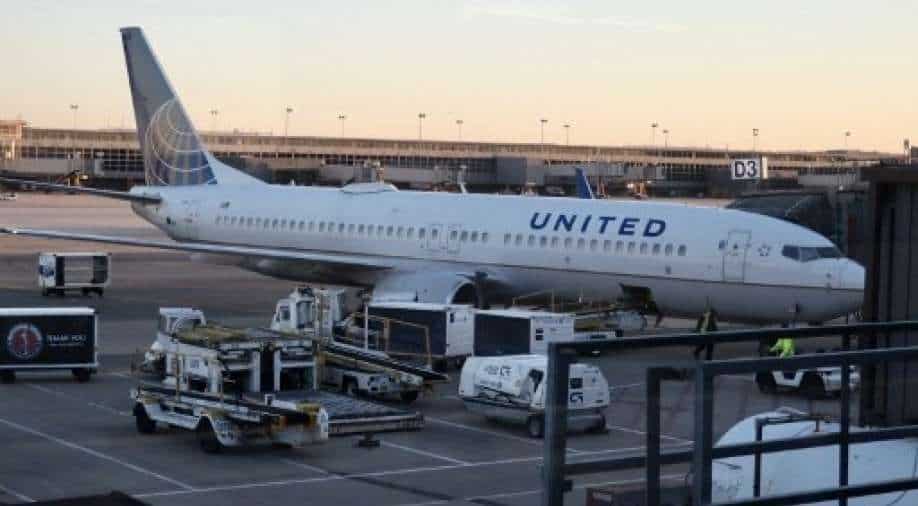 Passenger was kicked out for not compiling with mask mandate Photograph:( AFP )

He said that he wanted to show the “absurdity” of forcing passengers to wear masks on planes while allowing them to be removed to eat and drink on board.

A 38-year-old man was forced to disembark from a United Airlines flight in Florida for wearing a thong as a face mask in an apparent attempt to protest against the mask mandate on flights.

Adam Jenne was asked to leave the aircraft before it took off from Fort Lauderdale airport.

The whole incident, which took place on Wednesday, was filmed by another passenger.

It purportedly showed Jenne being told by the crew that he would not be able to stay on board if he insisted to keep the red thong on his face.

After some heated discussion, he finally left his seat.

LEAVE IT TO THE #FLORIDAMAN! This guy from Cape Coral tried wearing a #thong as a #mask on a United flight in Fort Lauderdale today. He was kicked off the plane. TSA and sheriff were called but passengers remained peaceful. #airtravel #Florida #aviation #travel pic.twitter.com/kUnkXrgTY8

He later told local news channel NBC2 that he wanted to show the “absurdity” of forcing passengers to wear masks on planes while allowing them to be removed to eat and drink on board.

Following the incident, United Airlines issued a statement saying that “the customer clearly wasn’t in compliance with the federal mask mandate and we appreciate that our team addressed the issue on the ground prior to take off, avoiding any potential disruptions on the air.”

According to local news media reports, United Airlines sent an email to Jenne after his ejection, telling him he is now banned from its airline until his case has been reviewed by the Passenger Incident Review Committee.

The federal mask mandate requires travellers in the US to wear a face mask on planes, trains, and buses, as well as in airports and other transit stations.