Watch: Passenger with no flying experience lands plane in Florida after pilot gets ill 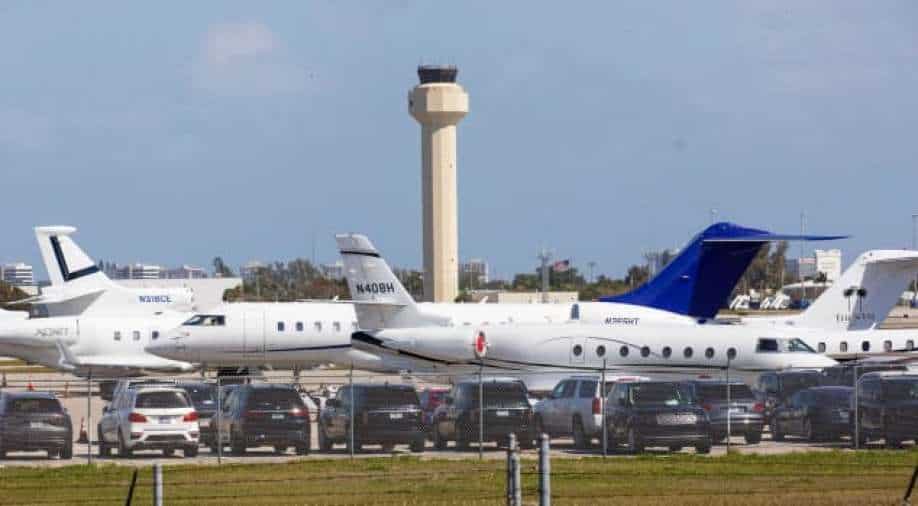 The man was found flying off the coast of Boca Raton, and the air traffic control at Palm Beach airport managed to guide him on how to land the plane.

It was nothing short of a miracle. Something that has only been witnessed in movies so far.

A pilot manning the Cessna 208 Caravan plane heading to Florida had suddenly become ill. With no co-pilot by his side, an unnamed passenger, with no prior flying skills and who was heading home to see his pregnant wife, decided to have a go at the private plane.

The result: The plane landed safely, no one was harmed, and the man who flew the single-engine plane instantly became a hero globally.

The incident took place on Tuesday. The plane took off from Leonard M. Thompson International Airport in Marsh Harbor, the Bahamas, and was headed to Florida on Tuesday afternoon when the drama began.

Two people were aboard the single-engine Cessna 208 when the pilot had a "possible medical issue," the Federal Aviation Administration said in a statement, CNN reported.

The condition of the pilot was not immediately known.

This is brand new video (courtesy of Jeff Chandler) of a passenger landing a plane today at PBIA.

His pilot had passed out, and the passenger with zero flight experience was forced to land the plane.

Team coverage of this amazing landing is on @WPBF25News at 11. pic.twitter.com/jFLIlTp6Zs

Sensing the gravity of the situation, the unnamed man decided to pilot it. But the problem was, he didn’t know how to fly it.

“I've got a serious situation here,' the passenger reportedly told the air traffic control in Fort Pierce, while flying over the Florida coastline around 70 miles north of his destination, according to CNN.

“My pilot has gone incoherent. I have no idea how to fly the airplane,” he said.

To which Air traffic control replied, “Roger. What's your position?”

For the next four minutes, the passenger remained remarkably calm as he tried to work out what to do and wait for the air traffic controller to find his aircraft.

"Try to hold the wings level and see if you can start descending for me. Push forward on the controls and descend at a very slow rate," the air traffic controller can be heard telling the man.”

The man was found flying off the coast of Boca Raton, and the air traffic control at Palm Beach airport managed to guide him on how to land the plane.

An aviation expert told CNN it is not uncommon for small turboprop airplanes such as the Cessna 208 Caravan to fly with only one pilot, particularly when the flights are private.

According to Daily Mail, an FAA spokesperson confirmed they were investigating the incident and said the pilot suffered a 'possible medical issue'. Though they did not provide any further details on his condition.