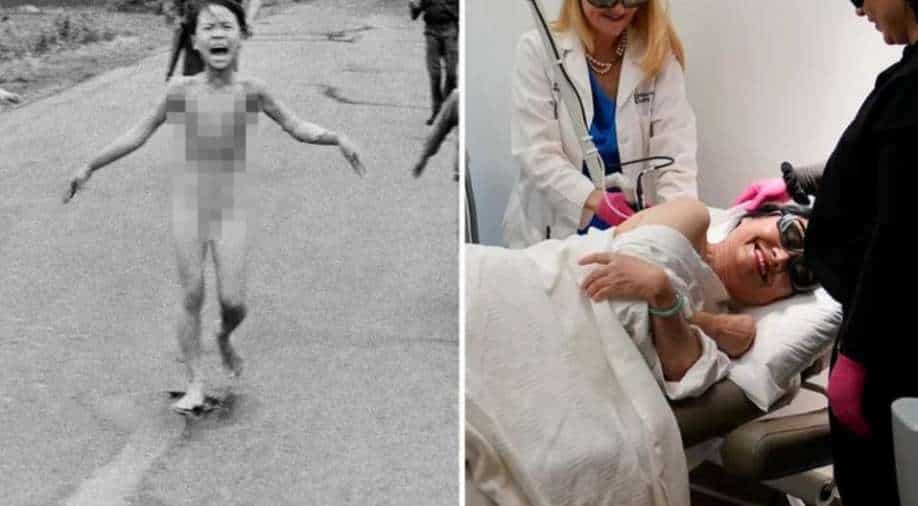 Kim Phuc Phan Thi was nine when she was hit by napalm Photograph:( Instagram )

The 59-year-old woman had her 12th and final round of laser treatment on her torso at the Miami Dermatology and Laser Institute,

Kim Phuc Phan Thi, the Vietnamese woman whose photo as a girl burnt and screaming in pain became the symbol of Vietnamese war repercussions, had her final skin treatment 50 years after the iconic image was taken.

In 1972, an image of then nine-year-old Kim Phuc Phan Thi running down a road unclothed and screaming in agony after napalm was dropped by a South Vietnamese Skyraider attack aircraft, made waves around the world.

Nick Ut, the photographer who captured the image in June 1972, drove her away to find medical treatment.

The picture won a Pulitzer Prize for the Associated Press photographer. The incident also earned her the nickname "Napalm Girl".

She eventually recovered from her injuries and lived in Vietnam until 1992 before moving to Canada with her husband, where she still lives. But she continued to live with pain and limited movement.

This week, the 59-year-old woman had her 12th and final round of laser treatment on her torso at the Miami Dermatology and Laser Institute, NBC 6 South Florida reported.

Following the surgery, she also met the photographer, whom she credits with saving her life.

“Now 50 years later, I am no longer a victim of war, I am not the Napalm girl, now I am a friend, am a helper, I'm a grandmother and now I am a survivor calling out for peace," Phan Thi told CBS last month.

She said she wished everyone could “live with love, hope and forgiveness, and if everyone can learn to live like that we don’t need war at all”.