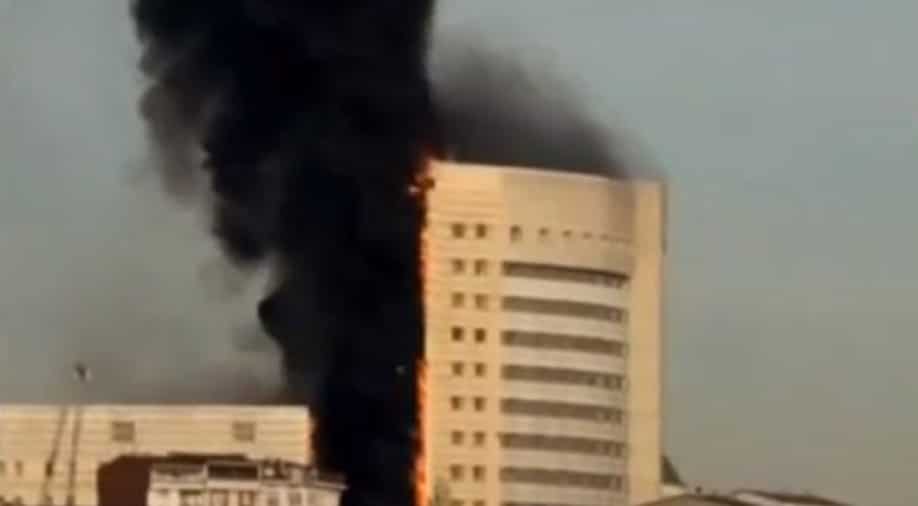 A fire at a hospital in Istanbul on Thursday rapidly engulfed the building's exterior cladding, but officials said it had not spread inside and there were no reports of casualties.

Television footage appeared to show the fire starting on the roof of the Gaziosmanpasa Taksim Educational and Research Hospital, before flames quickly swept down one side of the building. Black smoke could be seen from several miles away.

A massive fire has erupted at Taksim hospital in Istanbul, Turkey. Several floors of the hospital are on fire. pic.twitter.com/GP4YClA0yk

"The fire has been partly brought under control. In terms of casualties, there are none so far," Istanbul Governor Vasip Sahin told CNN Turk, adding that 70 patients were evacuated.

"There is no fire inside the building," he said. "The fire erupted on the exterior of the building, but there is of course smoke inside."

Fire chief Ali Karahan said that doctors in the hospital's intensive care units had continued to work through the incident, helped by fire crews. Thirty-five fire trucks and 120 firefighters attended the blaze, he said.