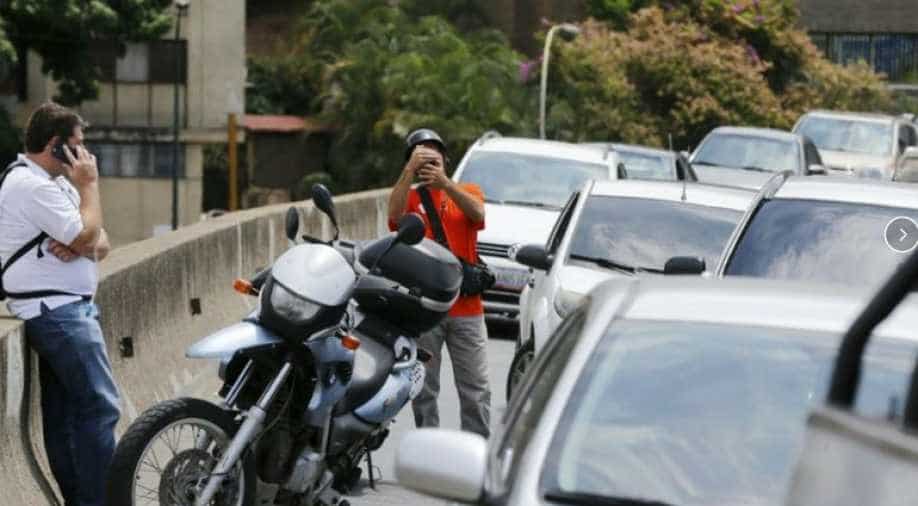 Venezuela which is undergoing a massive blackout in the history of the country has been running out of electricity for many days.

Amid the massive outgoing political and financial crisis in Venezuela, a highway in the country's capital Caracas, recently turned into one of the most visited sites after it showed the slightest cellphone signal.

Civilians from all around the region moved to the place to connect to their families and friends after days of separation, The Associated Press reported on Wednesday.

Venezuela which is undergoing a massive blackout in the history of the country has been running out of electricity for many days.

After years of hyperinflation and economic crisis, the country is now living under dark due to the absence of electricity.

The crippling power blackout has also blocked the flow of running water in the country and forced the people to live without any internet or cellphone connectivity.

The crisis has led many people to seek water from places they would never want to take from.

Maduro has blamed a devastating multi-day blackout plaguing Venezuela on Washington and declared "victory" in what he called an "electricity war" triggered by the Pentagon.

He also called for support from allies including Russia and China as well as the United Nations in investigating the US "cyber attack" he said was responsible for the blackout.

While Maduro pointed the finger at Washington, critics have long blamed the government for failing to maintain the power grid.

Guaido, 35, is seeking to capitalise on public anger over the blackout, which has piled misery on a population suffering years of economic crisis and shortages of food and medicine under Maduro.

The youthful opposition chief -- locked in a power struggle with Maduro since declaring himself interim president on January 23 -- has branded the socialist leader a "usurper" over his re-election in May, widely dismissed as neither free nor fair.