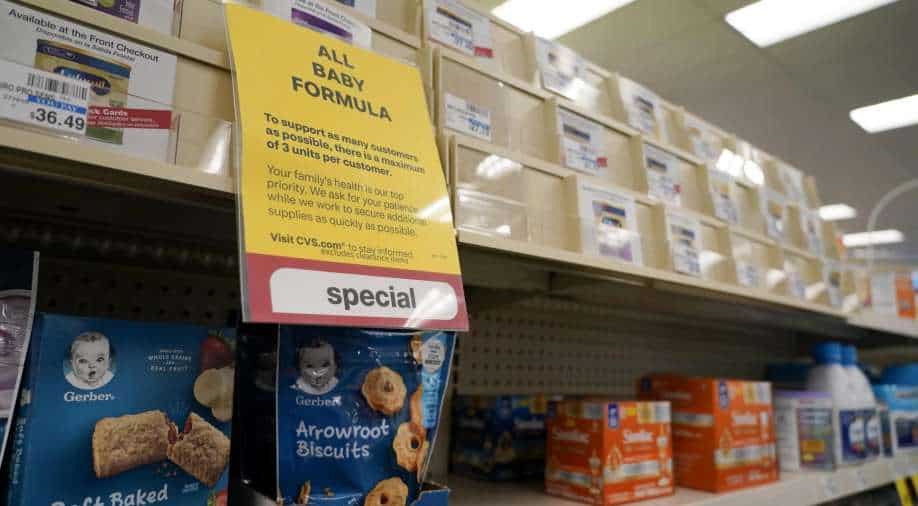 As many parents in the US are scrambling for baby formula in the wake of an acute shortage, a woman has taken it upon herself to ease the daunting crisis.

Alyssa Chitti from Utah has been providing breast milk to thousands of desperate parents who have been struggling to feed their kids.

However, she is not alone. Many mothers like Chitti are doing the noble cause.

Chitti has so far sold 4,000 ounces (118 litres) of her own breast milk, and has more than three freezers of breastmilk, which she plans to sell to families in need.

Chitti initially decided to donate it to a local milk bank. However, she found it was much easier to sell it online.

The Utah-based mother said she had been selling her breast milk at $1 per ounce, but added that she is willing to negotiate considering how the crisis is.

"It was making me nervous, just because so my daughter was very, very colicky," she said.

Also read | US baby formula shortage: What is it and who is most at risk?

"I know a lot of moms need specific formulas for babies with upset tummies, and I know how hard it can be when they're upset. There's nothing you can do about that stomach pain," she added.

Also read |  Back to mom: US baby formula shortage leads to desperate scramble for breast milk

Buying and selling breast milk online is legal in the US. However, it is unregulated, which adds to the risk because the donor may not have been screened for infectious diseases or contamination risks.