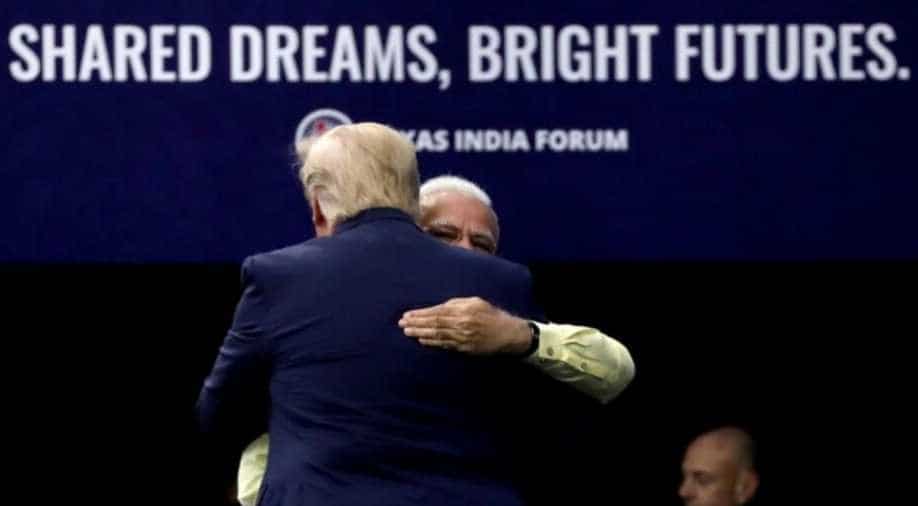 During his speech, Trump had praised India-Americans for their contribution to America.

As the "Howdy, Modi" event came to an end at the NRG stadium in Houston, Texas, US President Donald Trump in a tweet said, "the USA loves India!"

During his speech, Trump praised India-Americans for their contribution to America.

"Proud to have Indians as Americans," Trump said in the presence of PM Modi.

"We love you," Trump told the over 50,000 strong Indian-Americans gathered at the NRG stadium.

"The relationship between India and US is stronger than ever before," Trump said.

"Both countries are guided by commitment to justice," the US President said.

"PM Modi is doing a truly exceptional job for India," Trump said during the "Howdy, Modi" event at Houston.

"PM Modi is one of the most loyal friends of India," Trump told an elated Indian-American community, adding: "India is growing remarkably under PM Modi."

As the foreign affairs spokesman Raveesh Kumar tweeted on the size of the Texas crowd, Trump replied on Twitter saying: "Incredible".

"Electric atmosphere at the NRG arena in Houston as 50,000 strong Indian Americans wait for the historic occasion when PM Modi comes on stage together with US President Trump at HowdyModi," Raveesh Kumar said in his tweet.