'US would not give up old attitude,' says North Korea as nuclear talks end in contrasting assessments 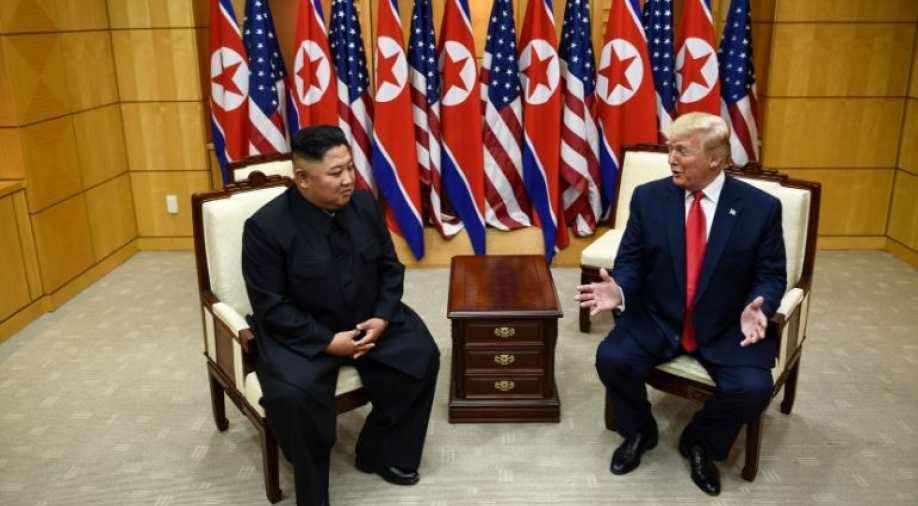 North Korea and the United States walked away on Saturday with opposing assessments of nuclear talks in Sweden, which Pyongyang said broke down but Washington called "good discussions."

The discussions followed months of stalemate after a February meeting between the North's leader Kim Jong Un and President Donald Trump, and came after Pyongyang's defiant test of a sea-launched ballistic missile on Wednesday.

"The negotiations have not fulfilled our expectations and finally broke up... without any outcome. (It) is totally due to the fact that the US would not give up their old... attitude," the nuclear-armed North's leading negotiator Kim Myong Gil told reporters in Stockholm.

"The US raised expectations and offered suggestions like flexible approach, new methods and creative solutions but they have disappointed us greatly, and dampened our enthusiasm for negotiations by bringing nothing to the negotiation table," Kim Myong Gil said.

He added that North Korea stood "at the crossroads of dialogue or confrontation".

Ortagus said in a statement that "the early comments from the DPRK delegation do not reflect the content or the spirit of today's eight-and-a-half-hour discussion."

"The US brought creative ideas and had good discussions with its DPRK counterparts," she said, using the North's formal acronym.

Ortagus said the United States "previewed a number of new initiatives" that would allow progress on the statement reached in Singapore at the first Trump-Kim summit last year.

The two leaders adopted a vaguely worded document on the "complete denuclearisation of the Korean peninsula" but little progress has since been made on dismantling the North's nuclear programme.

The two sides met at a heavily guarded venue on an island off Stockholm, several hundred metres (yards) from the North Korean embassy, an AFP correspondent said.

As the meeting got underway, Swedish Foreign Minister Ann Linde tweeted: "I am encouraged that US and (North Korean) working level delegations are currently in Sweden to hold talks".

Dialogue, she said, was "needed to reach denuclearisation and peaceful solution".

Similar-level talks on North Korea's nuclear disarmament were held in Stockholm in March 2018 and then in January this year.

North Korea claimed to have entered a new phase in its defence capability with Wednesday's test of a submarine-launched ballistic missile -- the most provocative since Pyongyang began dialogue with Washington in 2018.

North Korea frequently couples diplomatic overtures with military moves as a way of maintaining pressure on negotiating partners, analysts say, and may believe this weapons system gives it added leverage.

The Pentagon said Thursday the missile seems to have been launched from a "sea-based platform" and not a submarine.

Trump has said he sees no problem with a string of short-range missile tests conducted previously by North Korea, while insisting his personal ties with the North's leader remain good.

The United Nations Security Council is expected to hold closed-door talks early next week on the latest test, diplomats said.

Those talks were requested by Britain, France and Germany, as the European powers push for the world body to keep up pressure on Pyongyang which is under heavy US and UN sanctions over its weapons program.

Since the US-North Korea talks began, Russia and China have been calling for the UN to start lifting sanctions so as to create momentum towards the North's denuclearisation. But the United States has refused.

"The United States and the DPRK will not overcome a legacy of 70 years of war and hostility on the Korean Peninsula through the course of a single Saturday," Ortagus said.

"These are weighty issues, and they require a strong commitment by both countries. The United States has that commitment."