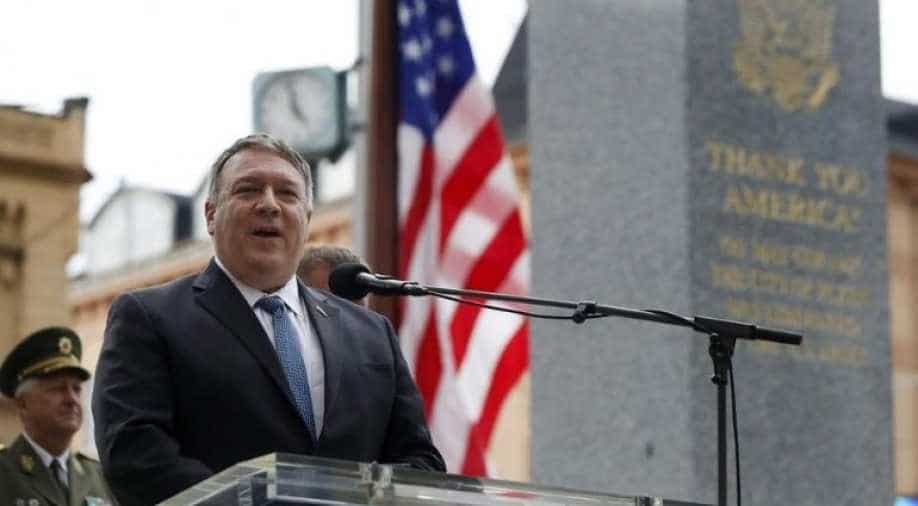 The U.N. Security Council has started voting on a US bid to extend the embargo on Iran, which is opposed by veto-powers Russia and China, with results due on Friday.

US Secretary of State Mike Pompeo said on Friday that his country will do everything in its power to extend the international arms embargo on Iran under discussion at the United Nations.

The Trump Administration remains committed to bringing home all U.S. citizens held hostage or wrongfully detained overseas. Austin Tice’s release and return home are long, long overdue. We will do our utmost to achieve that goal.

The U.N. Security Council has started voting on a US bid to renew the embargo, expiring in mid-October. Veto-powers Russia and China are opposed, and results are due within hours.

Visiting Austria as part of a tour of central Europe, Pompeo said Iran must also provide full and immediate cooperation with the International Atomic Energy Agency (IAEA) nuclear watchdog, whose head he met in Vienna.

"It makes no sense to permit the world's largest state sponsor of terrorism to purchase and sell weapons systems," Pompeo told a news conference. "I mean, that's just nuts."

Also read: No ships or cargoes have been seized by US, says Iranian official

Pompeo said Washington would "do everything that we can within our diplomatic toolset to ensure that arms embargo doesn't expire".

"The voting will be in the next handful of hours and we are hoping that we will be successful. When we see the results, we will make the decision about how to move forward.

"We have been unambiguous about the fact we have no intention of allowing this arms embargo to expire. None whatsoever."

The embargo is set to end mid-October under Tehran's 2015 nuclear deal with world powers, which US President Donald Trump's administration quit in 2018.

IAEA head Rafael Grossi, whose agency is policing Iran's nuclear deal with major powers, told reporters after meeting Pompeo that talks with Tehran on full access to all sites continued.

"We have requested Iran to grant access. That hasn't happened yet. We are working on that," he said.

"Our objective is to get access to continue the verification work which is essential for the international community."