US, UK, along with 12 countries, criticise WHO's report on COVID origin 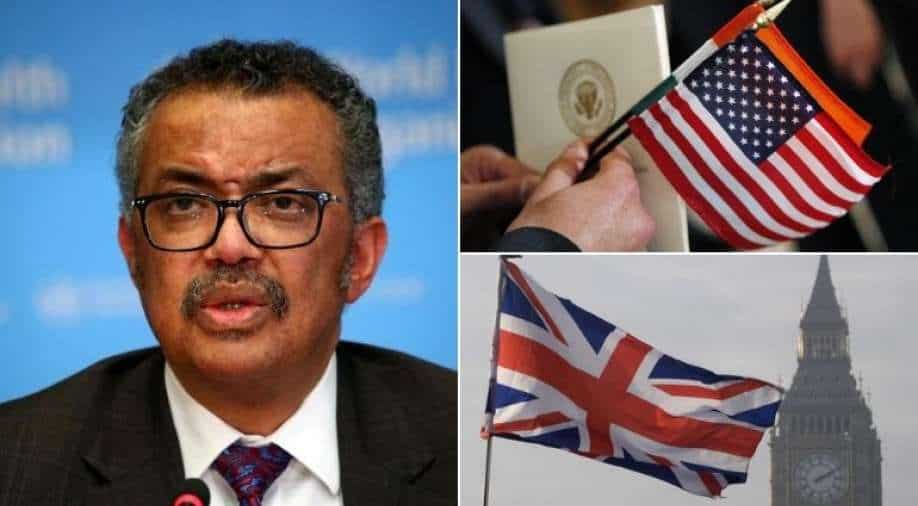 US, UK, WHO Photograph:( Reuters )

The statement, issued by 14 countries, has criticised the delay in the investigation and has demanded timely access for independent experts in future pandemics

The US and UK have criticised the World Health Organization (WHO) on its report looking into the beginnings of the coronavirus pandemics.

US and UK, along with 12 other countries, have issued a statement of resistance against the WHO's report and have accused China of "withholding access to complete, original data and samples".

This statement has come after the WHO chief Tedros Adhanom Ghebreyesus criticised the lack of data access from China about the study of the origins of coronavirus.

"In my discussions with the team, they expressed the difficulties they encountered in accessing raw data," Tedros had said. "I expect future collaborative studies to include more timely and comprehensive data sharing."

The resistance has come in relation to the report issued by the WHO and Chinese experts who worked together to work out the cause and beginning of the coronavirus — with a conclusion stating the pandemic probably began in humans from animals.

However, the conclusion had attracted massive criticism from various government and international groups.

The statement, issued by 14 countries, has criticised the delay in the investigation and has demanded timely access for independent experts in future pandemics.

It has also pointed out the alleged politics associated with the investigation, with countries alleging China has been allowed to excuse itself from providing data for the origin of coronavirus pandemic.

The White House, individually, too, has urged the WHo to take additional steps to determine the origin of this pandemic, which has taken millions of lives around the world.

"There’s a second stage in this process that we believe should be led by international and independent experts," White House press secretary, Jen Psaki, told reporters.

"They should have unfettered access to data. They should be able to ask questions of people who are on the ground at this point in time, and that’s a step the WHO could take," she added.

Tedros has also claimed that his team faced issues in gaining data and access to information, as needed.

"Although the team has concluded that a laboratory leak is the least likely hypothesis, this requires further investigation, potentially with additional missions involving specialist experts, which I am ready to deploy," he said.