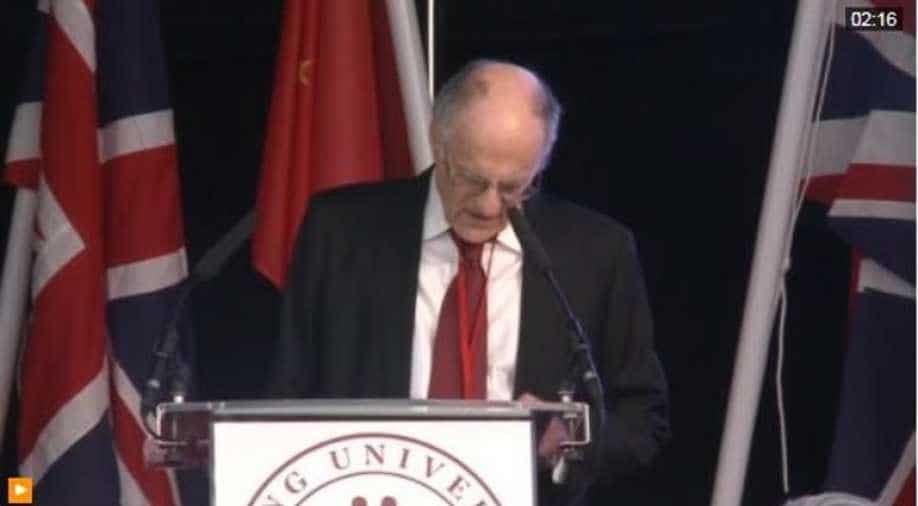 Sargent expressed that when anybody starts a trade war, and especially when his own country starts doing this, it makes him feel sad and embarrassed. He held that the trade war is bad for everybody's interest. Photograph:( Reuters )

After the Trump administration signed the memorandum targeted at imports from China, many were worried of a potential trade war. According to Nobel economics prize winner Thomas Sargent from the United States, it is not a good policy.

Despite strong opposing opinions from business groups and trade experts, U.S. President Donald Trump on Thursday signed a memorandum that could impose tariffs on up to 60 billion U.S. dollars of imports from China.

Sargent expressed that when anybody starts a trade war, and especially when his own country starts doing this, it makes him feel sad and embarrassed. He held that the trade war is bad for everybody's interest.

Heads of some U.S. industry associations also argued that trade barriers erected by the United States are to affect its own enterprises and employment.

As Sargent pointed out, Trump did not take the path that would follow the normal responsibilities of the United States.

"Because the way trade works is its multilateral. It's 'we' trade. China doesn't just trade with the United States. It trades with many other countries. Countries have deficits and surpluses with all sorts of different countries. And the reason we have trade deficits is the responsibility of the United States. That doesn't have anything to do with tariff policy," he explained.

Sargent also talked about Chinese President Xi Jinping's intelligent speech on the benefits of globalization and multilateral trade in Davos. He hoped that the U.S. government could be making speeches like that.

According to the presidential memorandum, Trump has directed U.S. Trade Representative Robert Lighthizer to publish a list of proposed Chinese goods that could be subject to tariffs in 15 days, while the U.S. Treasury Department will have 60 days to propose restrictions on Chinese investment in the United States.