US sending Switchblade drones to Ukraine 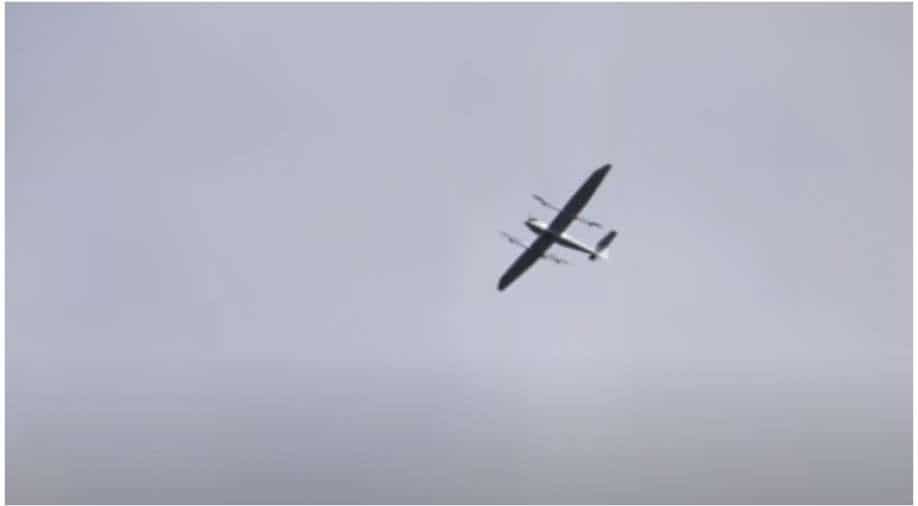 US President Joe Biden announces an additional USD 800 million in security assistance to Ukraine. US to send hundreds more anti-aircraft system to Ukraine

The Russian onslaught is getting deadlier by the day and the Ukrainian resistance is getting fiercer. And the west continues to keep  President Volodymyr Zelensky at an arm's length. But that could change as the Biden administration is going to arm Ukraine with killer drones.

US President Joe Biden has announced an additional $800 million in security assistance to Ukraine on Wednesday.  Biden says America will continue to give Ukraine weapons to fight and defend itself.

"This new package on its own is going to provide unprecedented assistance to Ukraine, and includes 800 anti-aircraft systems," Biden said, to stop Russian planes and helicopters attacking Ukrainians.

In a landmark virtual address to the U.S Congress, Ukraine's leader on Wednesday made an emotive appeal to lawmakers for greater Western intervention against Russia. Zelensky invoked September 11 and Pearl Harbor during his impassioned address to the US Congress, imploring Washington to step up military aid and impose a no-fly zone to counter the Russian invasion closing in on Kyiv. But that request involves a direct engagement of NATO forces and has been repeatedly refused by the West.

Among the weaponry which Washington is sending, the most potent in the U.S made 'Switchblade' drones. These kamikaze drones are manufactured by AeroVironment, an American defence contractor. The small and lightweight drones are effectively remote-controlled bombs.

Anti-armour loitering munitions have more range and precision and cost less than present-day anti-tank weapons. It basically means the drone can orbit the battlefield until its ground controller guides it onto a target. The advantage of having loitering ammunition is that it has the ability to patrol for extended periods, remain hidden and then immediately strike stationary or moving targets.

With the west unwilling to provide its fighter jets, a proposal floated by Poland which was shot down by the U.S, the drones are a relatively cheap and very cost-effective means of destruction. The Ukrainian army has suffered heavy losses and it’s a David vs Goliath battle.

But these tactical drones are lightweight and can be launched from a tube-like mortar shell and require minimum handling & training, unlike other weaponry.

The Switchblade 600 weighs 22 Kg and can hover over a target for 40 minutes before zooming down at speeds of 185kph. It is programmed and equipped to pierce armour and destroy a tank or an armoured vehicle. These Switchblades are designed to be easily portable, fitting into a rucksack and perfectly suits the Ukrainian army which along with the volunteers is giving a tough fight to the Russian troops.

Mike McCaul, the top Republican on the House Foreign Affairs Committee, reveals that the U.S is indeed providing advanced anti-aircraft weapon systems which would give Ukraine an edge as it's taken on a much superior adversary in Russia.

Moscow isn't taking the bonhomie between Ukraine & West kindly. On Sunday, a barrage of Russian missiles hit a large Ukrainian base near the border with NATO member Poland. A local Ukrainian official said 35 people were killed and 134 were wounded.

Russia's defence ministry says a large number of weapons supplied by foreign nations were being stored at the sprawling training facility. The attack on the Yavoriv International Centre for Peacekeeping and Security, a base just 25 km from the Polish border. It had previously hosted NATO military instructors.

Russian Deputy Foreign Minister Sergei Ryabkov on Saturday (12th March 2022) said its troops could target supplies of Western weapons in Ukraine. He told the state television, 'We warned the United States that the orchestrated pumping of weapons from a number of countries is not just a dangerous move, it is a move that turns these convoys into legitimate targets'.

Clearly, Moscow has made its intent clear and with this latest move of providing Ukraine with weapons that could inflict heavy damage to the Russian forces, the tensions continue to only rise further.