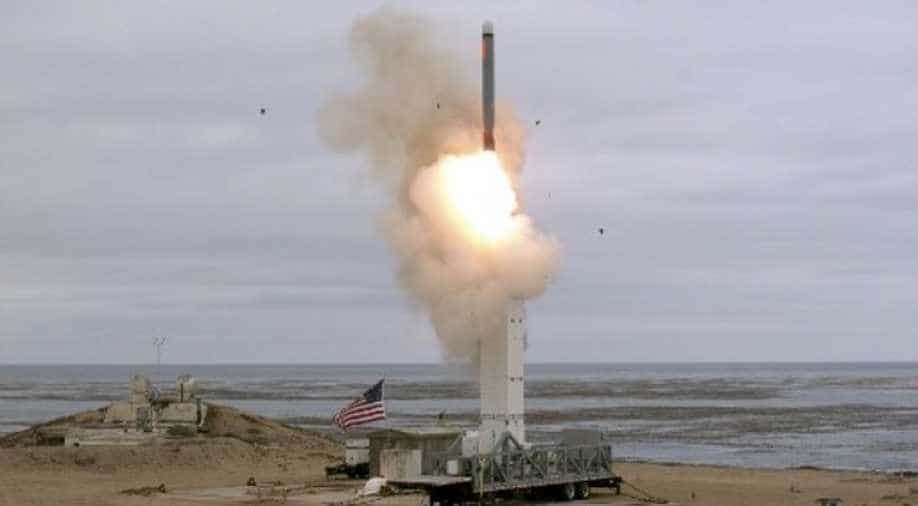 Russian President Vladimir Putin had earlier urged the United States to begin new arms talks after the collapse of the INF treaty.

The US Defense Department announced on Monday the test of a medium-range ground-launched cruise missile, just weeks after tearing up the Cold War-era pact with Russia eliminating such potentially nuclear-capable weapons.

"The test missile exited its ground mobile launcher and accurately impacted its target after more than 500 kilometers of flight," the Pentagon said in a statement.

"Data collected and lessons learned from this test will inform the Department of Defense's development of future intermediate-range capabilities."

Russian President Vladimir Putin had earlier urged the United States to begin new arms talks after the collapse of a Cold War nuclear pact between the two world powers.

Moscow has blamed Washington for unilaterally ending the Intermediate-Range Nuclear Forces (INF) treaty reached in 1987, signed back then by US president Ronald Reagan and Soviet leader Mikhail Gorbachev.

Washington and NATO accused Russia of developing the new 9M729 missile which they say violates the treaty, but Russia says its range falls short of 500 kilometres.

Putin had said last week  that if Russia receives information about US development of new missiles, it "will be forced to begin the full-scale development of similar missiles".

Russia "will not deploy them in relevant regions until American-made missiles are deployed there," Putin had said.