US ready to fight Amazon fires only in cooperation with Brazil 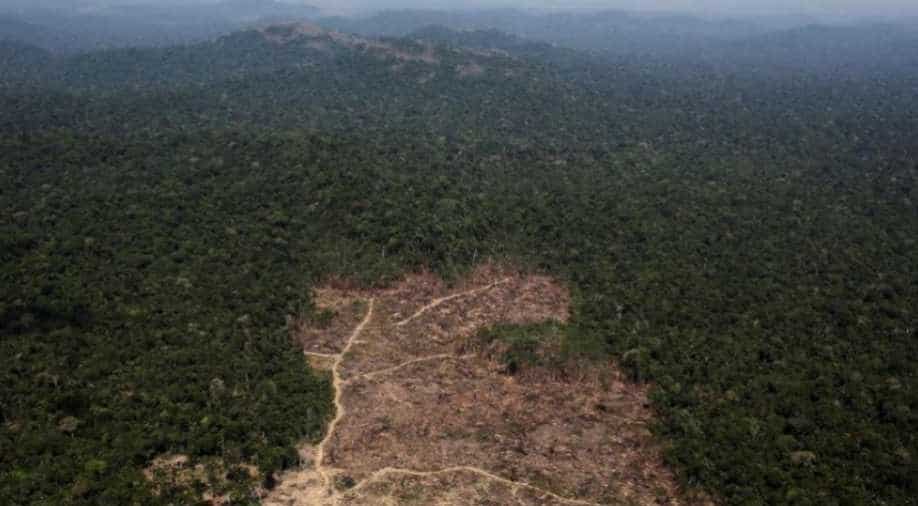 'Amazon is an icon' Photograph:( AFP )

'The US stands ready to assist Brazil in efforts to combat fires in the Amazon,' National Security Council spokesman Garrett Marquis tweeted.

The US is ready and willing to help Brazil fight forest fires in the Amazon, an aide to President Donald Trump said Wednesday, but only if it involves working with the Brazilian government.

On Monday the countries of the G7 -- Britain, Canada, France, Germany, Italy, Japan and the United States -- pledged $20 million to tackle blazes engulfing parts of the world's largest rainforest that is crucial for maintaining a stable global climate.

But the Trump administration prefers a plan that includes discussion with Brazil's government, he said.

"We didn't agree to a G7 initiative that failed to include consultations w/ @jairbolsonaro. The most constructive way to assist w/ Brazil's ongoing efforts is in coordination w/ the Brazilian Gov."

Bolsonaro at first rejected the G7's offer, saying on Tuesday that he would be willing to accept the aid only if Macron withdrew his "insults," before changing his mind to say Brazil would accept foreign aid on the condition that it controlled the money.

But later on Wednesday, the South American leader fired a fresh salvo, accusing France and Germany of "buying" Brazil's national sovereignty and throwing into doubt whether his country was still open to accepting the aid funds.

Trump, who met with Bolsonaro at the White House in March, tweeted his "full and complete support" for the Brazilian president Tuesday and praised him for his "very hard" work on the Amazon crisis.

Macron has accused Bolsonaro of lying to him about his commitments on climate change and vowed to block the EU-Mercosur trade deal involving Brazil that took decades to negotiate.

Although about 60 per cent of the Amazon is located in Brazil, the vast forest also spreads over parts of either other countries or territories in South America.