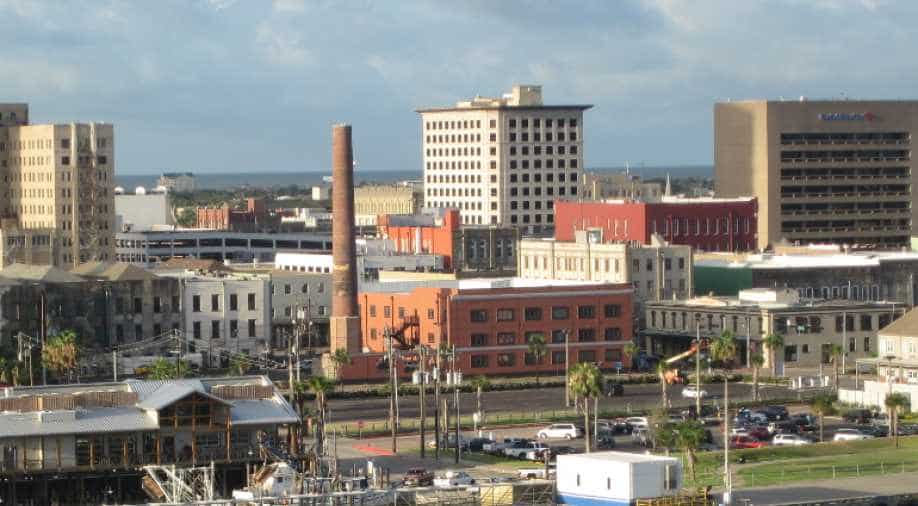 Nearly 400 migratory birds of brilliant plumage were killed when they smashed into an office tower in Texas while flying in a storm, officials said on Friday.

Office workers arrived at the tallest skyscraper in downtown Galveston on Thursday morning and found the birds with feathers of blue, green, yellow and other hues dead on the ground, said Josh Henderson, animal services supervisor for Galveston police.

The birds were coming from Central and South America and arrived in the coastal city of Galveston, likely fatigued from their flight over the Gulf of Mexico. The birds migrate to several areas across North America during the warmer months of the year.

"These are showy, beautiful birds that bird watchers really get excited to see," said Richard Gibbons, conservation director at the Houston Audubon.

More than 20 species were represented among the 395 birds that died, Henderson said. The biggest group was Nashville Warblers, followed by Blackburnian Warblers.

Henderson said he did not know if all the birds were flying together or if they struck the office tower at different times.

A storm was battering the city, which probably forced the birds to fly low, Gibbons said. In the dark, they may have mistaken the skyscraper's lights for the sun or moon, he said.

"It was really a freak accident," said Gibbons, whose organization has called for tall buildings to limit their lighting at night to avoid such mishaps.

Three surviving birds were taken to a wildlife centre.