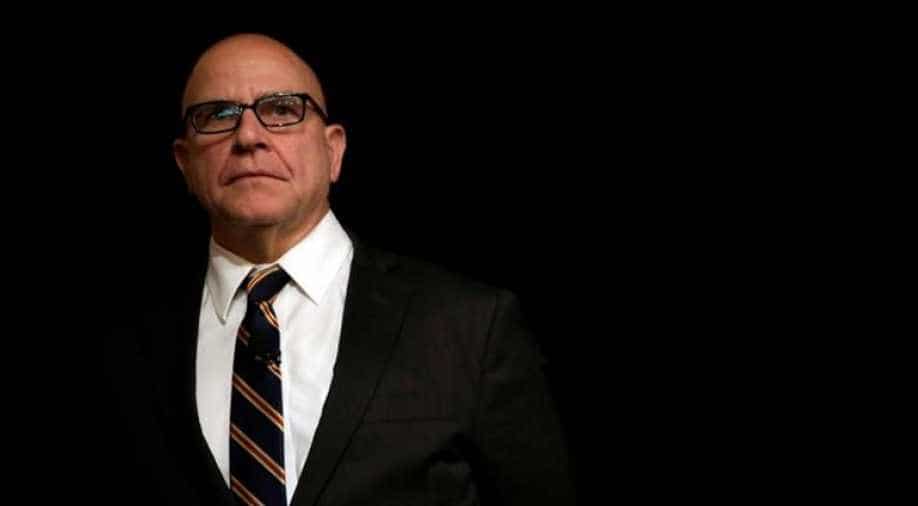 That non-denial by the White House spokesman only fanned the flames. Photograph:( Reuters )

The White House on Thursday faced fresh speculation about the future of National Security Advisor HR McMaster, with officials sending mixed messages about his possible departure.

Amid a stream of staff leaving Donald Trump's White House, NBC reported that the three-star general tasked with running White House security policy will, within months, be headed for the exit as well.

"We frequently face rumor and innuendo about senior administration officials," White House spokesman Raj Shah said in response. "There are no personnel announcements at this time."

That non-denial only fanned the flames -- it was followed up by a more categorical statement from McMaster's spokesman Michael Anton.

NBC reported that a senior executive at US automaker Ford, Stephen Biegun, was a possible replacement.

Trump and McMaster have had an uneasy relationship.

When the army general recently said there was "incontrovertible" evidence of Russian interference in the 2016 presidential election, he was publicly upbraided by Trump.

"General McMaster forgot to say that the results of the 2016 election were not impacted or changed by the Russians," Trump tweeted.

McMaster joined the administration in February last year, replacing Michael Flynn, who has since been indicted by Robert Mueller, who is investigating Russia's role in Trump's election -- and possible collusion between Team Trump and Moscow.

Last week, CNN reported that the Pentagon was looking at moving McMaster back into the military, a move that could net him a fourth star.