US limits protections for some migrant children 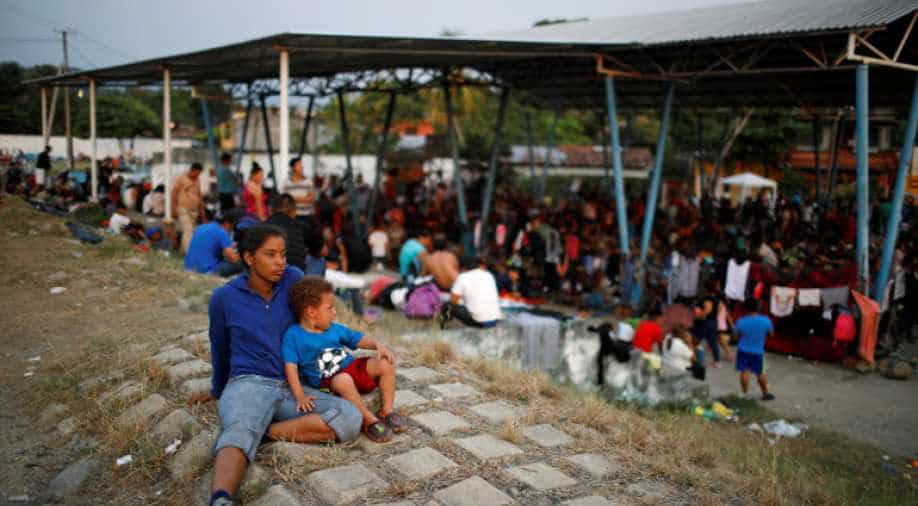 A family from Honduras eats in an improvised shelter during a break in their journey towards the United States, in Huixtla, Mexico. Photograph:(Reuters)
Follow Us

Children who are not accompanied by an adult have a special status under US law, which allows them to make their claims to a United States Citizenship and Immigration Services (USCIS) asylum officer, in a non-adversarial setting, instead of an immigration judge. If they are denied, they get a second chance in immigration court.

US immigration authorities on Friday said the government would limit which migrant children who enter the country alone qualify for special protections in the United States, the latest move by the Trump administration to tighten immigration restrictions.

President Donald Trump has become increasingly aggressive in his fight to stem the surge of migrants crossing the US border from Mexico. On Thursday he announced plans to slap tariffs on goods from Mexico if it does not act to stop the flow of migrants.

Children who are not accompanied by an adult have a special status under US law, which allows them to make their claims to a United States Citizenship and Immigration Services (USCIS) asylum officer, in a non-adversarial setting, instead of an immigration judge. If they are denied, they get a second chance in immigration court.

USCIS spokeswoman Jessica Collins said the agency was rescinding a memorandum put in place by the administration of Democratic President Barack Obama that allowed children to keep their special status even if they turned 18 or reunited with a parent or legal guardian before filing an asylum application.

Trump has repeatedly said many of the protections for migrants are "legal loopholes" that have spurred much of the migration of children.

U.S. border patrol agents have apprehended almost 45,000 unaccompanied children at the southwest border since October. Most of them are teenagers and have often endured trauma and abuse in their home countries and on the journey north.

USCIS said it was returning to a previous policy from 2009. Immigration advocates said the move could have a wide impact as many unaccompanied minors reunite with parents in the United States.

"Congress must reform the law to address the underlying issues fueling the border crisis and encouraging unaccompanied minors to make the dangerous journey to the United States,” Collins said.

The new guidance, first reported by BuzzFeed News, is the latest example of moves by the Trump administration to tighten immigration policy in the absence of Congressional action. It goes into effect on June 30, USCIS said.

Maria Odom, vice president for legal services at Kids In Need of Defense, who was the agency`s ombudsman when the 2013 memo was issued, said it was often not practical for children to quickly file for asylum.

“We have many kids who are so traumatized, and it takes a considerable amount of time to get them to talk,” she said. Children also are often moved from shelter to shelter when they initially arrive in the United States.

The memo was issued by the outgoing director of USCIS, Francis Cissna, the latest casualty of Trump`s purge of high-level officials of the Department of Homeland Security over concerns they were not doing enough to stem the flow of migrants. Trump has also threatened tariffs on all Mexican goods if Mexico does not do more to stop migration to the United States.

Cissna, who was popular with immigration restrictionists, made a number of rule changes during his tenure that have made it more difficult for legal immigrants to come to and stay in the United States. Cissna`s resignation is effective June 1.