US House of Representatives vote today to repeal and replace Obamacare 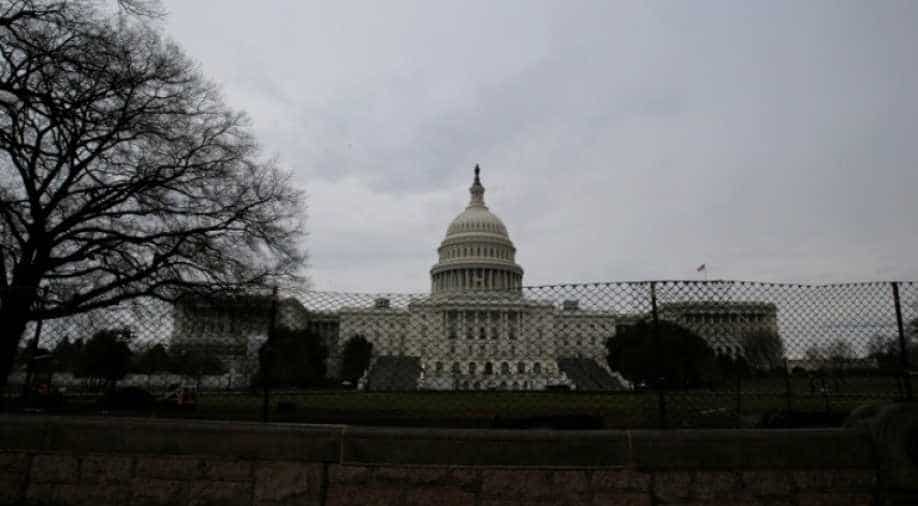 President Donald Trump has touted the amended draft multiple times in recent days. (In pic: The US Capitol building where lawmakers will vote on the bill). Photograph:( AFP )

In a possible breakthrough for US Republicans' effort to roll back Obamacare, the House of Representatives plans to hold a vote Thursday on compromise legislation, potentially ending a logjam that has delayed advancing President Donald Trump's campaign promise to repeal the law.

The decision to hold a vote comes after key moderate lawmakers met with Trump on Wednesday and said a revised bill might win approval as conservatives voiced no objections.

House Majority Leader Kevin McCarthy said Republican leadership is confident there is enough support for the bill to pass.

Keen to score his first major legislative win since taking office in January, Trump has been personally engaged in building support among fellow Republicans in the House for an effort that has already twice collapsed.

Aides said Trump has been furiously working the phones, trying to make good on a key promise to voters: overhauling former President Barack Obama's signature domestic legislation. The effort is showing Trump how hard it is to manage factions among the Republicans, who control both chambers of Congress.

The House bill has been changed several times as Republicans have tried to balance demands by conservatives for a maximum Obamacare rollback with moderates' worries about angering voters who like parts of the law, formally known as the Affordable Care Act and enacted in 2010.

One popular feature of the law lets young people stay on their parents' plans until age 26; another protects people with pre-existing health conditions, a provision defended by late-night talk show host Jimmy Kimmel, who tearfully revealed on Monday his newborn son had a congenital heart condition.

Kimmel's monologue has been viewed nearly 19 million times on his show's Facebook page and on Wednesday morning was the No 1 trending story on YouTube.

Trump met at the White House with two key House Republican moderates, Michigan's Fred Upton and Missouri's Billy Long. Speaking to reporters afterwards, they said Trump has endorsed their plan to add $8 billion over five years to help cover the cost for people with pre-existing illnesses who could otherwise be priced out of insurance markets.

Upton said it seemed likely the bill would pass the House, although Long said Republicans still seemed short of votes.

Long said he had opposed the legislation until the pre-existing conditions coverage was added. He said he had resisted Trump's arm-twisting, but that he now supported the bill. "The president said, 'Billy we really need you, man,'" Long said.

Conservatives who have stymied rollback efforts before said they support the moderates' latest plan, including the pre-existing conditions provision.

"We see that as being a net plus in terms of the vote count," said Representative Mark Meadows, chairman of the House Freedom Caucus, a conservative faction.

Even if the bill passes the House, it faces an uphill battle in the Senate, where Republican leader Mitch McConnell has repeatedly said that if the House passes a healthcare bill, the Senate would work on one, but that it would be difficult.

Health insurers, such as Anthem Inc, UnitedHealth Group Inc, Aetna Inc and Cigna Corp, have faced months of uncertainty over healthcare's future. So have hospital companies, such as HCA Holdings Inc and Tenet Healthcare Corp.

An initial rollback attempt failed in the House and was withdrawn by Republican leaders in March when conservatives opposed it, a defeat that clouded Trump's first 100 days.

Republicans renewed negotiations last month, but failed to round up enough support for a vote before a two-week recess in April. Republicans are now hoping to get something passed before they leave for another recess on Thursday evening.

Millions more Americans got healthcare coverage under Obamacare, but Republicans have long attacked it, seeing it as government overreach and complaining it drives up costs.

On Wednesday, Aetna said it will exit the Obamacare individual insurance market in Virginia next year, citing "growing uncertainty" and expected losses this year.

House Democrats rejected the latest change to the Republican legislation on Wednesday, saying it appears to protect patients with pre-existing conditions but some could still be pushed off their insurance in certain states and face higher costs.

"This is deadly," House Democratic Leader Nancy Pelosi told a news conference. "No Band-Aid will fix it."

The nonpartisan Congressional Budget Office estimated an earlier version of the Republican bill would leave 24 million more people without insurance in 2026. It was unclear if a new estimate would be made before a vote on the House floor.

Called the American Health Care Act, the Republican bill repeals most Obamacare taxes, including a penalty for not buying health insurance. It slashes funding for Medicaid, the program that provides insurance for the poor, and rolls back much of Medicaid's expansion, while swapping Obamacare’s income-based tax credits for flat age-based credits. It also allows insurers to raise premiums by 30 percent for those who have a lapse in insurance coverage of about two months or more.

An amendment recently added to win over the Freedom Caucus lets states opt out of Obamacare’s mandate that insurers charge sick and healthy people the same rates. But Wednesday's amendment from Upton aimed to assuage moderates' concerns about that by providing a way for people with pre-existing conditions to get financial help to afford insurance. Others said the $8 billion over five years was not enough.