US Election 2016: This is how America votes 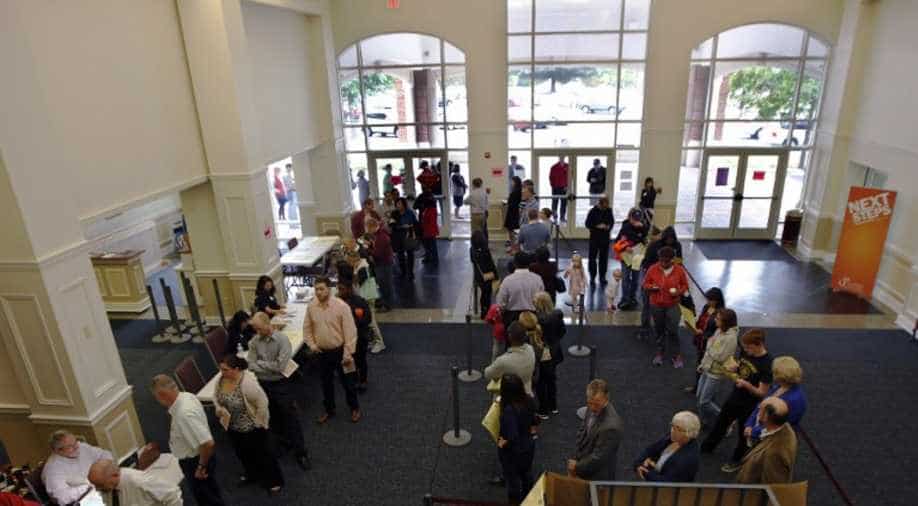 Voters stand in line in the US presidential election in Peachtree Corners, Georgia. Photograph:( AFP )

The United States elects a president every four years and election day is always the first Tuesday of November.

What does it take to qualify for presidentship? You have to be a US citizen by birth, be at least 35-years-old and a US resident for 14 years.

At a polling centre in Brooklyn, New York, voters find out their district, then they get a paper ballot, they get registered and check in. They then move to the polling stations behind to scan their vote and get a sticker saying 'I voted'.

"It's a big decision - first of all a woman president, it's a big step for the US and I think putting her in office as opposed to Trump makes that difference," says Janna Ferner-Bell.

"I'm all about Jill Stein. I'm all about the green party. She has integrity, she is smart, the world needs a bigger change," Karmela Lozina says.

Not all polling centres were quick though - the line in midtown Manhattan stretched out for about two hours. It's the same location where Donald Trump cast his ballot.

The election process starts at the state level where voters pick a candidate through primaries and caucuses. After this, two major political parties in the US - the Democrats (in blue) and the Republicans (in red) host a nomination convention to unite behind one candidate.

Each nominee also chooses a vice president candidate at this time.

The candidates tour the country through campaign rallies where they explain their views on hot burning issues like domestic policies, foreign policies, the economy, terrorism, gun control, immigration and healthcare.

A lot of states typically are 'red' or 'blue' states – but sometimes swing states or 'purple' states mean there is equal chance for a Republican or Democratic victory.

When voters cast their ballot, they pick who they want for the country's top position. These votes represent the popular vote and does not determine the actual winner.