US doubles military advisers in Iraq 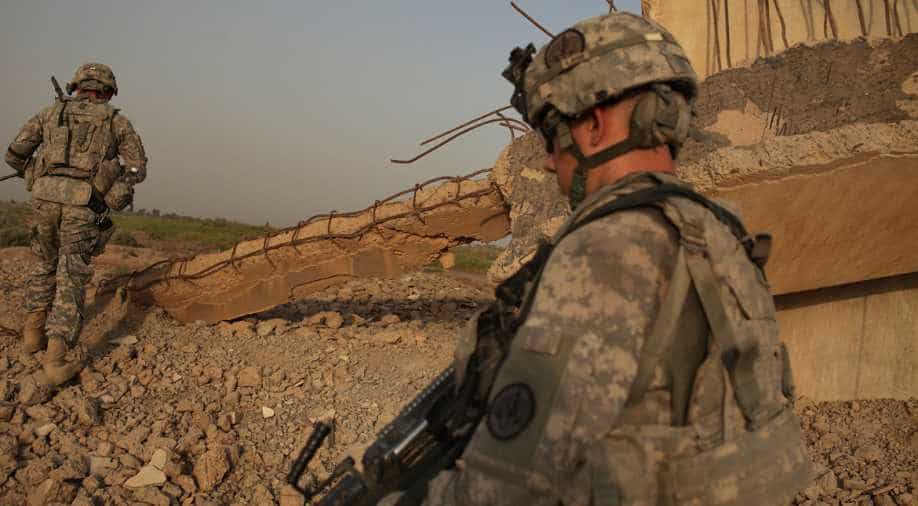 US soldiers look at a destroyed building in Iraq. (Representative image) Photograph:( Getty )

The number of US military advisors deployed on the Mosul frontline will double to 450. Iraqi regular forces are currently fighting an urban guerrilla war to drive out the Islamic State from their last stronghold in Iraq.

"We have increased the number of advise and assist forces that are there with the ISF (Iraqi Security Forces) command elements to help advise them as they move forward and to synchronise operations," coalition spokesman Colonel John Dorrian said in a video conference from Baghdad.

Dorian said the decision was taken in order to "accelerate the advance of the Iraqi security forces".

Iraqi forces entered Mosul two months ago and are currently engaged in a slow advance made of street-to-street battle, ambushes and unconventional warfare.

"There are more than 200,000 buildings in Mosul and...you end up having to clear each one," Colonel Dorrian said.

"And that goes from rooftop level, often in four-storey or higher buildings, through every single room, and every single closet, and into tunnels that have been dug between these buildings, and sometimes beneath them," he added. "It's going to take time. It's going to be extraordinarily dangerous."

It will most likely take months before the city could be judged secure and free from all military Islamic State presence.

The US Army has a total of approximately 5,000 military personnel deployed in Iraq. Troops are not only advising and training, but also directly participating in the offensive.

The Mosul offensive is taking a high toll from civilians who are still living within the city walls. From the beginning of the offensive more than 125,000 Iraqis have been displaced, according to the United Nations.

A senior commander from the elite Counter-Terrorism Service said on Sunday that Iraqi forces now control more than 60 per cent of Mosul's eastern half.

The battle is nowhere near over, though. The entire western part of the city is still in the hands of Islamic State terrorists, whose numbers remain unknown. It could take months before the city is completely cleared and gets back on track.